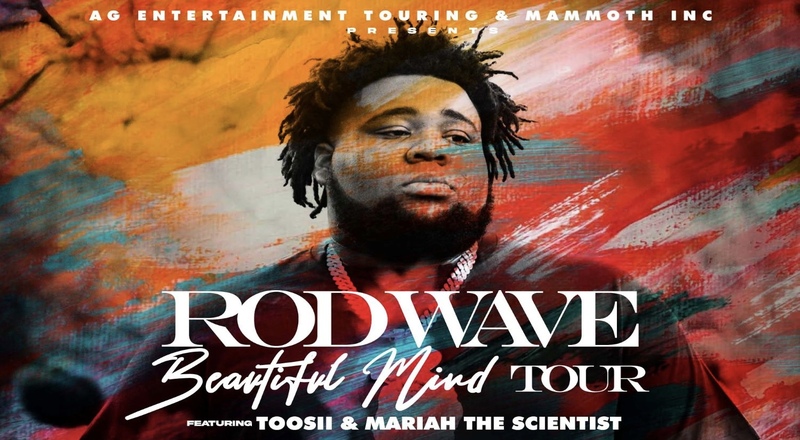 Last month, Rod Wave released his fourth studio album, “Beautiful Mind.” This project was led by singles such as “Alone” and “By Your Side.” 24 songs were available, including appearances from Jack Harlow and December Joy. Beautiful Mind went on to debut at number one on the Billboard 200 chart, and became his second consecutive number one. Rod’s first number one album came in April 2020, with “SoulFly.”

Now, Rod is officially hitting the road, to celebrate the success of his Beautiful Mind album. His “Beautiful Mind” Tour will officially be kicking off on November 11, in Minneapolis, MN. 25 cities will be included, as the tour will conclude on December 21, in Seattle, WA.

In addition to these announces dates, Toosii and Mariah The Scientist will also join the show as guest performers. Both have released projects in 2022, with Mariah releasing her “Buckles Laboratories Presents: The Intermission” EP, in March. Toosii’s “Boys Don’t Cry” EP is coming on October 7. These two have since also become fan favorites on social media, and are two solid additions to Rod Wave’s upcoming tour.

Check out the full list of cities, dates and venues for Rod Wave’s upcoming “Beautiful Mind” Tour, below.