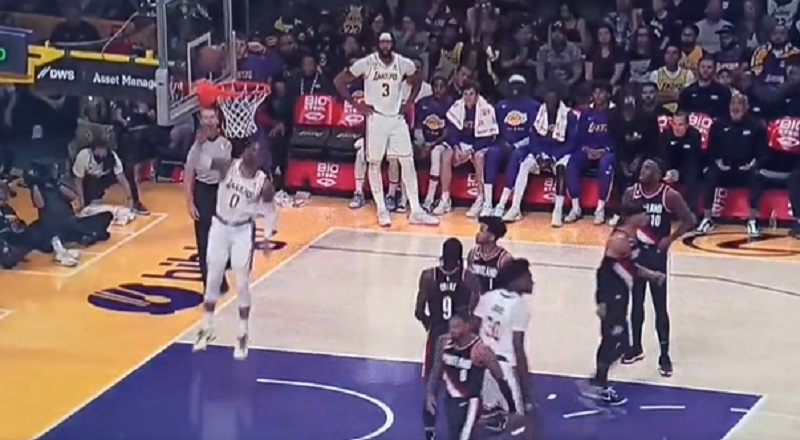 Russell Westbrook was once considered an NBA player with the most potential. Alongside Kevin Durant, Westbrook put the Oklahoma City Thunder on the map. Essentially a new franchise, the Thunder were a well constructed team. As a result, they reached the NBA Finals during their third appearance in the playoffs. Now, Russell Westbrook is being treated like the worst player for the LeBron James Los Angeles Lakers. He followed LeBron with an airball.

Russell Westbrook played beside Kevin Durant, from 2008 until 2016. During that span of time, the Oklahoma City Thunder won over 50 games every year except for one. In addition, they made the playoffs every year except for one. Even the one disappointing season saw the Thunder still finish with a winning record. In 2017, Westbrook was named the season MVP, becoming the Thunder’s second MVP behind Kevin Durant. Since that MVP year, Westbrook has struggled.

Russell Westbrook has become a journeyman, since leaving the Thunder in 2019. First, he spent a year with the Houston Rockets. After that, Westbrook was traded to the Washington Wizards. A year ago, he joined the Los Angeles Lakers. On paper, those Lakers were projected to return to championship form. Instead, the Lakers went 33-49 and missed the playoffs. Since 2013, the Lakers have only qualified for the playoffs twice. This afternoon, the Lakers hosted the Portland Trail Blazers. After a missed free throw, Russ grabbed the offensive rebound. When he went to put it back in, somehow he airballed it.