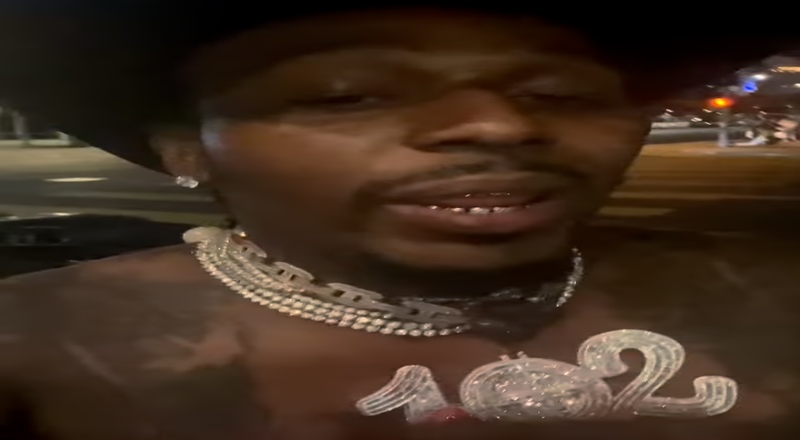 Since 2019, Sauce Walka has been one of the hottest artists out of Houston. Last month, he released his “Sauce Beach Florida” mixtape, which contained 21 new tracks. Walka was also featured on Megan Thee Stallion’s new “Traumazine” album, on the Houston anthem, “Southside Royalty Freestyle.”

Now, Walka is trending again, after dealing with a very serious altercation. Someone in Los Angeles reportedly attempted to rob Walka on Thursday night, which led to him defending himself, and shooting and killing the robber. Walka went on to post a video explaining this situation, as well as a photo of his Louis Vuitton sneakers having blood on them.

“Aye, man, I really ain’t wanna speak on this sh*t, but I know it’s too many young Black kings and young kings out there that’s being misled and misguided wrong. Learning half of the game and not the whole game.”

“So, y’all need to learn from this experience that I went through tonight. ‘Cause being a rapper is one of the most dangerous jobs in America and it’s a lotta young men out here that wanna do this sh*t but don’t know everything that come with it.”

Check out Sauce Walka defending himself in this robbery attempt, below.

Continue Reading
You may also like...
Related Topics:featured, sauce walka