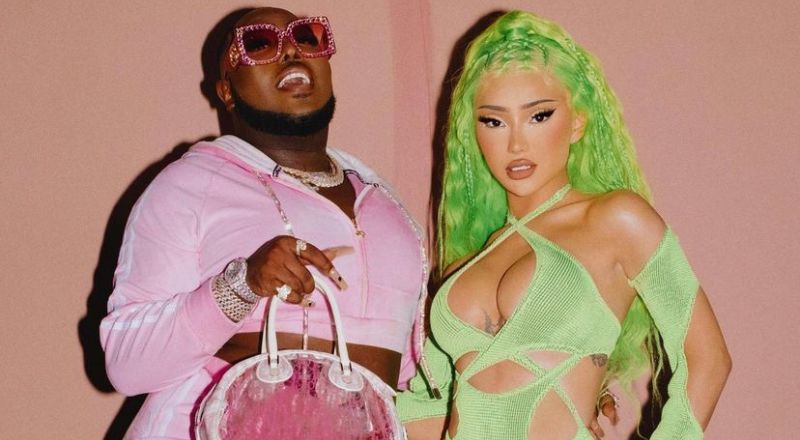 Saucy Santana’s new single “Booty” finally has a music video and Saucy didn’t hesitate to flaunt his magic. The single featuring Latto, released earlier in June with a motion graphic via Youtube.  Saucy goes all out with a Beyonce inspired jean short outfit throughout the video. Latto makes an appearance as well as YouTube star Nikita Dragun.

Saucy Santana and Nikita Dragun are the duo we didn’t know we needed. Nikita Dragun, is a big Youtube star with 3.5 Million subscribers on her channel. Both Saucy and Nikita are advocates for the LGBTQ community, and use their platforms for awareness.

Saucy Santana has had an amazing year in music for 2022. The internet sensation won the ears and hearts of people everywhere with his uncensored antics. Earlier this year Saucy joined Madonna on stage an NYC Pride event performing a mix of the hit “Material Girl”. Saucy Santana is also featured on the 2022 XXL Freshmen class list, further stamping him a major influence. From partying with the City Girls, to multiple singles going viral Saucy Santana is one of the top trendsetters in the world.

The video for Booty featuring Latto airs tomorrow via Youtube.

More in Hip Hop News
Doechii announces that her “Persuasive” remix is coming this week, and will feature SZA [VIDEO]
Chaney Jones denies dating Justin Combs or going on vacation with him [PHOTO]