Home » Hip Hop News » Saweetie hangs out with her grandma, as they cook Filipino food together [VIDEO] 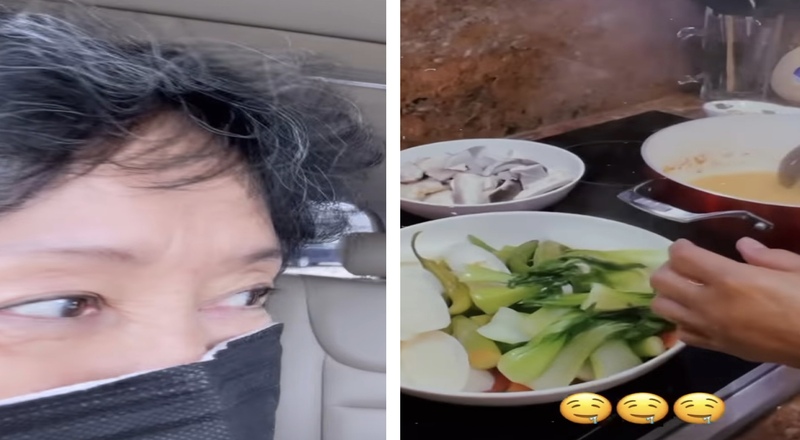 Saweetie hangs out with Grandma and cooks Filipino food

Saweetie trended heavily on Sunday, as she posted videos and photos to Instagram, of her with her grandma. Saweetie has always been close with her grandma, as the two started the day riding in a car together.

Therefore, Saweetie and her grandma went on to go to the grocery store together, where they purchased a lot of Filipino food. Saweetie has Filipino roots, as she’s been vocal about it, throughout her career. The two then went to another store, to get more Filipino food, for dinner.

Saweetie also went on to post throwback photos of herself, when she was younger. Several of the photos appear to be when she was in elementary school, as she was all smiles.

Saweetie also released her first single of 2022, back in January. This was “Closer,” as it included a huge feature from H.E.R. This summer, Saweetie was featured on Muni Long’s “Baby Boo” single. Saweetie went on to perform on day 2 of the Rolling Loud Miami festival in July, as well.

Check out Saweetie hanging out with her grandma and cooking with her all day, on Sunday, below.

Saweetie hangs out with Grandma and cooks Filipino food

Continue Reading
You may also like...
Related Topics:featured, saweetie

More in Hip Hop News
Yung Miami denies that she had her mental breakdown, because of relationship with Diddy; Points to work-related reasons [VIDEO]
Chrisean Rock speaks on Blueface having a baby, saying she isn’t starting over, and is rocking with him until death