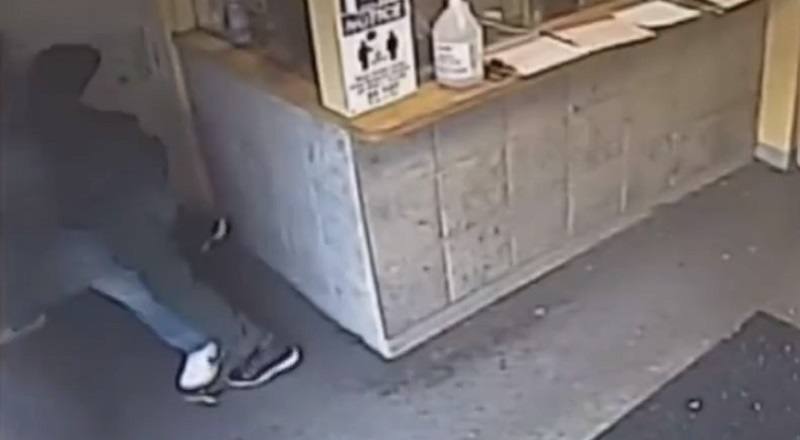 A few days ago, there were reports of an armed man in Buffalo, New York trying to enter a substance abuse treatment facility. Fortunately, these nefarious efforts were thwarted due to a security guard, who was bold enough to take a stand. Nothing about the situation was easy, as there were a couple of shots fired in his direction. As a result, the man sprang to action, and his actions ended up saving the lives of many.

The city of Buffalo, New York is a city that is going through many changes. Following years of population loss, the city is in the middle of a revitalization project. Much like the city, the people that were seeking treatment for substance abuse were trying to change their lives. Sadly, someone saw this as an opportunity to put the lives of everyone in the building in danger. It is sad to go through so many life changes, only to wind up a target anyway.

Footage caught a White man walking into a substance abuse treatment center, in Buffalo, New York. In addition, the video captured two shots fired in the direction of a security guard. After that, the guard can be seen jumping in reaction to a shot aimed in his direction. From there, the guard springs into action, wrestling the man who is holding an AR-15. The guard is able to successfully get the weapon out of his hands, and wrestle him to the ground.

Security Guard is a hero after taking down a suspect that entered a substance abuse treatment facility armed with an Ar-15 assault rifle in Buffalo New York 🙌🏾🙌🏾🙌🏾 pic.twitter.com/MUhuaFD6FC