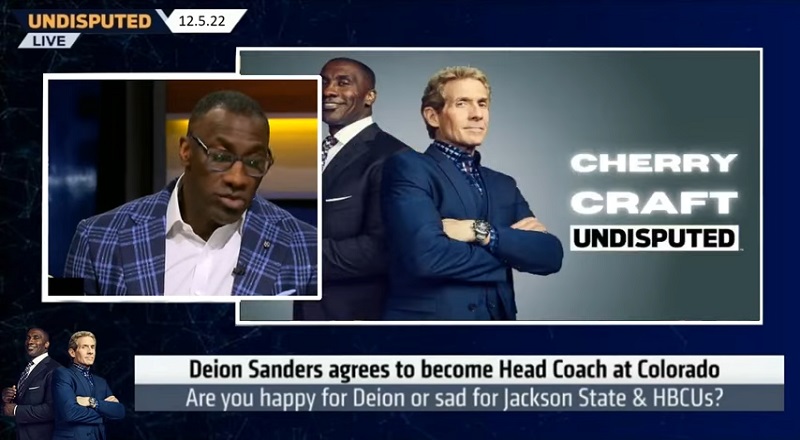 Shannon Sharpe is one of the most outspoken people in sports media. Currently, the Black sports world is in an uproar, over Deion Sanders leaving Jackson State University, to take the job with Colorado, and strong points were made on each side of the argument. On one side, people are saying Sanders sold out for the money. Meanwhile, people on the other side are saying that Sanders took Jackson State to new heights, and now deserves this bigger opportunity. Sharpe falls into the second category.

Shannon Sharpe played in the NFL from 1990 until 2003. During his career, he played two stints for the Denver Broncos, and played for the Baltimore Ravens for five years in between. He returned to Denver for his final two seasons. Over the span of his career, Sharpe became a successful tight end. As a result, he won back-to-back Super Bowl championships in 1997 and 1998. After that, Sharpe joined the Ravens, where he won his third title in 2000. In 2003, he retired to become a commentator.

Shannon Sharpe joined FS1, in 2016, where he and Skip Bayless host the show, “Undisputed.” In six years, Sharpe has become a media favorite. However, he has received much backlash from a series of tweets. Responding to people criticizing Deion Sanders, Sharpe put down HBCUs. He compared it to living in the same neighborhood where a person grew up. In addition, he said he would have never attended an HBCU if his grades were better.

More in Hip Hop News
Three women took a Spring Break trip to Miami and came back pregnant; None of them know who their child’s father is [VIDEO]
Nike officially cuts ties with Kyrie Irving, after recently suspending their business relationship