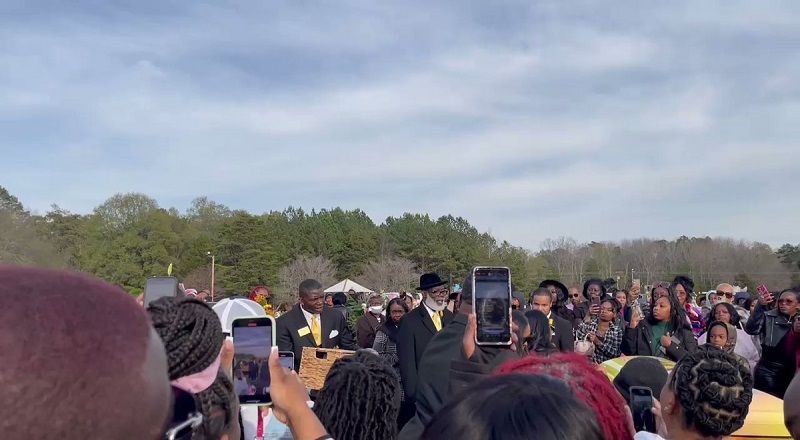 Shanquella Robinson’s family has been living a nightmare. Their promising young family member was on the verge of greatness. At only 25, she was able to do what most people at 45 can’t do, which is afford an international vacation. Unfortunately, Robinson did not return to her home in Charlotte as a living human being. Instead, she wound up getting beaten by so-called friends. The ones who didn’t hit her, only recorded and made fun of her. When she passed away, the friends simply went back home.

Shanquella Robinson was reported to have passed away from alcohol poisoning. Obviously, there is more to this story. As a result, her family is fighting hard to get to the bottom of this. The autopsy revealed she had neck and spinal damage. Finally, Robinson’s family laid her to rest, yesterday. During the burial, the speaker sent a strong message. With the entire crowd, the speaker repeated the phrase “Justice Will Be Served.”