Home » Hip Hop News » Stabbing and shooting takes place at Mall of Georgia, outside of Atlanta, leaving one person fatally injured and one person in critical condition, according to reports [VIDEO] 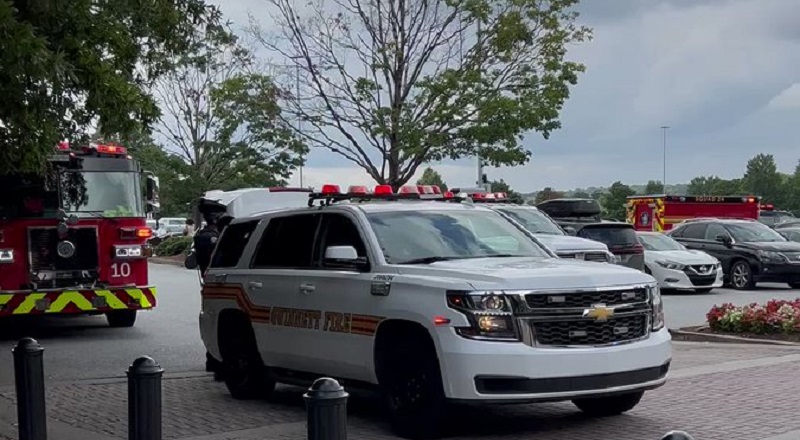 Georgia is ground zero of the latest tragedy. On a daily basis, there are so many tragedies taking place. This is sad, because it no longer seems alarming. However, any time situations such as these take place, it is alarming, and should be treated as such. Unfortunately, the growing number of these situations have made people numb.

Atlanta has become an entertainment hub, over the past twenty years. An industry has built within itself, leading to countless transplants moving into the city. As a result, Atlanta and its surrounding areas have had to build up to accommodate all of the people.

Mall of Georgia is one of the numerous Atlanta area malls. The mall is a popular destination, as it is filled with major stores. Among the anchors in the mall is Macy’s. This afternoon, Macy’s is where a fatal altercation took place. A tense situation became dangerous, as stabbing and shooting occurred. While there are no official reports, there are claims that one person actually lost their life, as a result of the altercation. Meanwhile, reports also say that one person has been left critically injured.

BREAKING: There has been a stabbing and shooting inside the Macy's at Mall of Georgia, the mall has been evacuated. Suspect robbed a jewelry store inside the mall. It's been reported that there's 1 dead & 1 critical from stabbing, still not confirmed. pic.twitter.com/B6wqV6OEmD

Continue Reading
You may also like...
Related Topics:featured, macy's, mall of georgia