Home » Hip Hop News » Soulja Boy goes off on Wizkid on Twitter, by telling him to shut up and that his mom is “wack,” after finding tweet from 2010, that said Soulja is wack 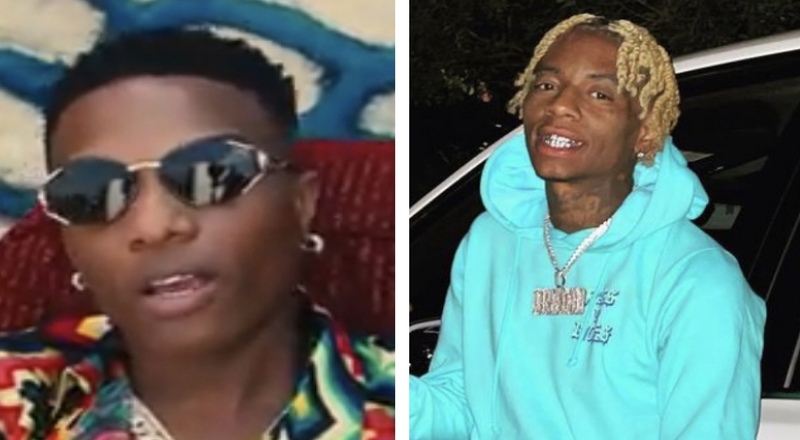 Wizkid has become one of the biggest international artists out, especially in his home country of Nigeria. He really soared to stardom in 2020, with his fourth studio album, “Made In Lagos.” That went on to debut at number 28, on the Billboard 200 chart.

At that time, Wizkid’s “Essence” single, featuring Tems, also took off. The remix of Essence went on to add Justin Bieber. Last month, Essence remix also went on to win the award for Best Collaboration, at the 2022 BET Awards.

Now, Wizkid is appearing to get some backlash from Soulja Boy, over an old tweet. Soulja found a tweet by Wizkid from May 11, 2010, which was way before Wizkid achieved fame. It read “I swear Soulja Boy is wack!..Jeeeeeezzzzz!”

Soulja went on to aggessively reply to this tweet, on Sunday morning. He said “Ya mama wack. Shut ya b*tch ass up.” As of now, Wizkid hasn’t issued a reply to this diss. This may stay this way, as Wizkid is one of the biggest artists out, and isn’t ever seen engaging in any beef, for attention.

More in Hip Hop News
Russell Wilson and Ciara went to Italy to celebrate 6-year anniversary; Had dinner and fireworks show
Five people were shot at Coney Island, including one person critically injured