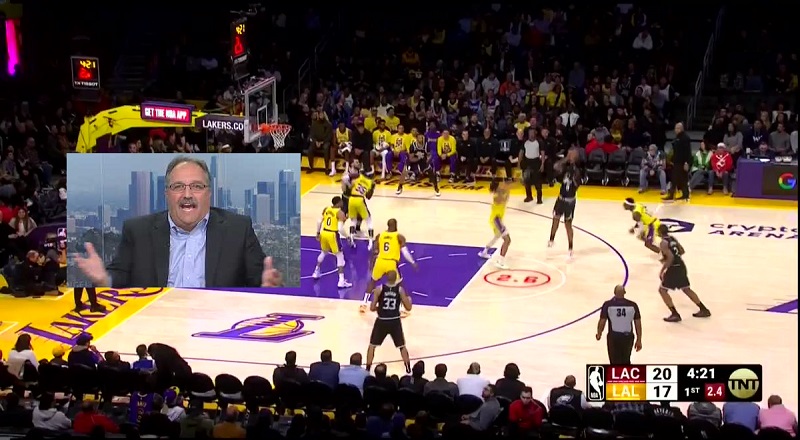 Stan Van Gundy is a true basketball genius and he is accomplished. Not only is Van Gundy the first NBA coach to coach Dwyane Wade, he helped turn Dwight Howard into the NBA’s best center. Perhaps, Van Gundy is best-known for coaching Howard’s Orlando Magic to the 2009 NBA Finals. Currently, he is a commentator for the NBA on TNT. He is on call for tonight’s matchup featuring the Los Angeles Lakers taking on the Los Angeles Clippers. Somehow, Stan has managed to steal the show by saying “bussin.”

Stan Van Gundy was introduced to more of the hip hop slang by Kevin Durant. Recently, Van Gundy expressed his frustration with the current NBA. Among other things, Stan said the current shape of the league is too soft. When KD heard what Van Gundy said, he took to Twitter to say “Stan’s spittin.'” Unaware of the slang, Stan Van Gundy responded to Durant, saying “no,” but that he was speaking facts. After that, it was explained that Kevin Durant was co-signing his statement.

Stan Van Gundy is one of the commentators of this game between the Los Angeles Lakers and the Los Angeles Clippers. The crew was teasing Stan over his knowledge of hip hop slang. As a result, Van Gundy handed out some compliments. In context, he was complimenting Shaquille O’Neal and Candace Parker on their suits. When Van Gundy did this, he repeatedly described their outfits as “bussin,” which has shut the internet down.