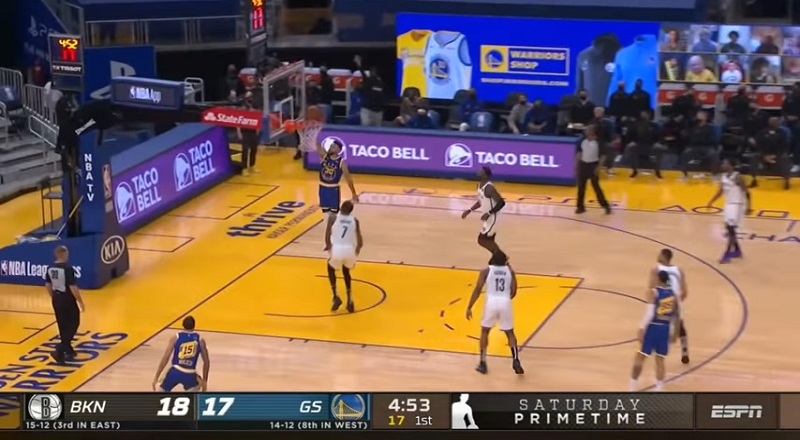 Stephen Curry is the most influential player in the NBA. Yet and still, Curry never won a Finals MVP, despite having three championships. This year, Curry led the Warriors to their fourth title in eight years. As a result, Curry won his first Finals MVP award. After that, Kevin Durant demanded a trade from the Nets. Curry says the Warriors explored making that trade for him.

Stephen Curry famously took a backseat, in 2016, so the Warriors could sign Kevin Durant. A year after winning his second straight MVP, Steph took a smaller role. In fact, Curry was the first unanimous MVP in the history of the NBA. Despite this, and leading the Warriors to a 73-9 record, Curry didn’t win the 2016 title. As a result, they signed Kevin Durant, and won the 2017 and 2018 titles.

Stephen Curry took the reins of the Warriors back over, when Kevin Durant signed with the Brooklyn Nets. Despite leaving, KD agreed to a sign and trade, instead of just leaving for nothing. As a result, KD went to the Nets, who sent D’Angelo Russell back. After that, Russell was traded to the Timberwolves for Andrew Wiggins, in 2021. In 2022, the Warriors won the title, and Wiggins played a key role. During his interview with Rolling Stone, Curry spoke on Kevin Durant. He said when Durant demanded a trade, the Warriors explored blowing up their championship roster to bring him back.

More in Hip Hop News
Lil Durk is accused of getting another woman pregnant and that being the reason India Royale broke up with him; Twitter reacts
Miami doctor, John Sampson, was fined $20,000 and banned from performing BBLs, after patient passed away during surgery; Sampson will not lose medical license