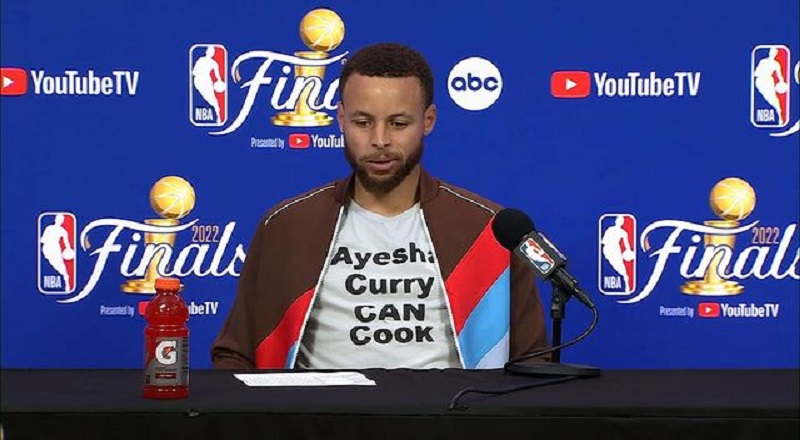 Stephen Curry had a bad game tonight. Nevertheless, the Warriors got the win. As a result, the Golden State Warriors are one win away from the title. Not only will Stephen Curry have his fourth ring, if the Warriors win, he will likely win his first NBA Finals MVP award.

Stephen Curry, Klay Thompson, and the Warriors learned to not celebrate winning the championship until the championship is won. With that being said, the Golden State Warriors have one more game to win. Going back to Boston, the Celtics will be applying a lot of pressure. If the Celtics win, there will be a Game 7, but it will be on the Warriors’ home floor. After the Warriors’ win, Stephen Curry wore an interesting t-shirt in his presser. Seeing his wife, Ayesha’s cooking skills clowned, Steph’s shirt says she can cook.