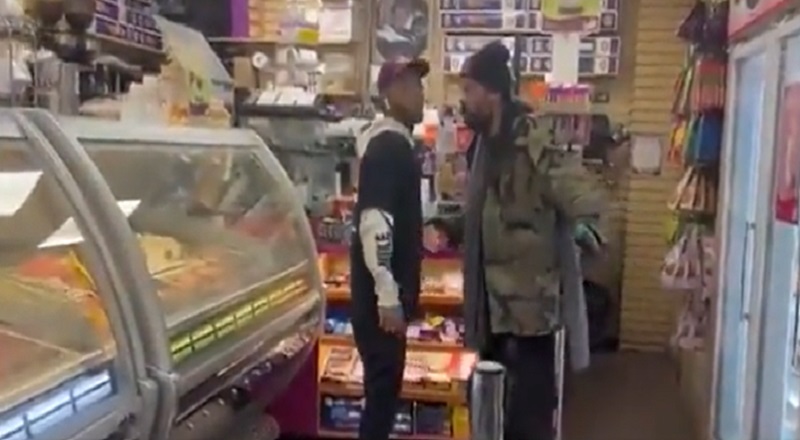 Store owner beats unruly customer and drags him out of store

It’s sad that people can’t be out in public and get along with each other. A man who owns a local business was trying to have customers in his store, when one man got out of line. This is the second report of a store owner having an altercation with someone around their store. However, in this instance, the owner of the store was dealing with a man inside his place of business causing a disturbance.

Typically, when the New Year arrives, people often say “New Year, New Me.” This is said because people want to make changes for the better. As a result, they sign up for gym memberships, and they begin new habits. In most cases, most of these changes are all but abandoned by Easter. As a result, people often laugh at those types. All of that is to say, the expectation is that people can at least get along in the New Year.

Instead, a man who happens to own a local store got into it with a patron. Clearly, the man was not a customer in the sense that he was going to buy anything. Despite this, the man began causing a disturbance in the place. This led to the owner calling him down and eventually telling him to leave. In response, the man said he suffers from mental illness. After a physical struggle, the men fell to the ground, and the owner got the best of him. After that, he physically dragged him out of the store.

Store owner beats unruly customer and drags him out of store