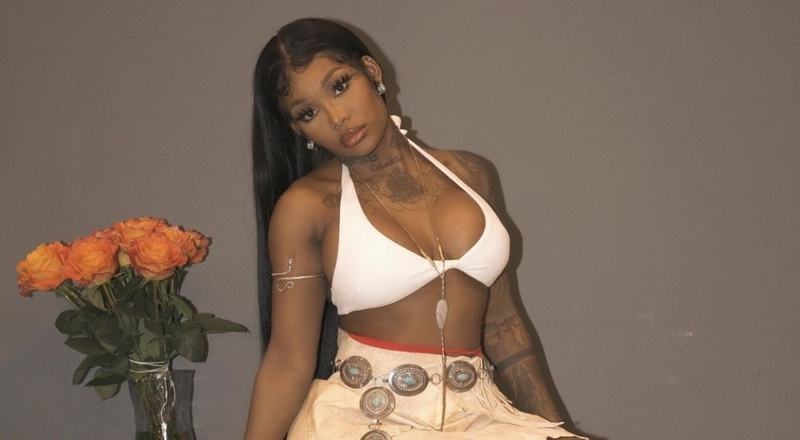 On Saturday, Summer Walker trended on social media heavily, due to confirming that she is pregnant again. She is expecting her second child, this time, with boyfriend LVRD Pharoh. This comes a year and a half after Summer gave birth to London On Da Track’s child. This announcement came amid rumors that Summer supposedly had a baby bump.

Summer is also in attendance at the BET Awards tonight, in Los Angeles. It is being held at the Microsoft Theater. Summer was just spotted on the red carpet, as her outfit is gaining a lot of buzz on Twitter.

Summer is seen in a black and gold outfit, as her breasts are on full display, with little attempt of them being covered up. Summer also sported black and gold bottoms, with the jewelry to match.

Last November, Summer also scored the first number one album of her career, with “Still Over It.” That was released a little over two years after her debut album, “Over It.”

Check out Summer Walker showing off her BET Awards outfit, here, along with Twitter reactions, below.