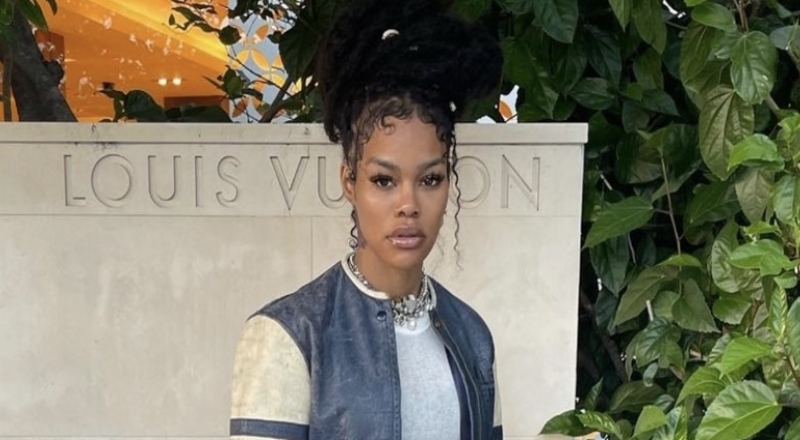 In late 2020, Teyana Taylor announced that she would be retiring from the music industry. That was also the same year that Teyana put out her “The Album” project, which debuted ta number nine in the US. She collaborated with Rick Ross, Future, Missy Elliott, Kehlani, Big Sean, Lauryn Hill, and more. Despite the positive reaction for The Album, Teyana still voiced her frustration about not feeling appreciated, along with issues at Def Jam. Spending more time with her daughter was also a factor.

However, In 2021, Teyana announced her final tour, which was “The Last Rose Petal Tour.” Her final show appeared to be in Atlanta, in November. Now, Teyana is delivering one more tour, for her fans.

Teyana just announced that she will be venturing on her “The Last Rose Petal 2 Farewell Tour,” this year. This will kick off on August 3, in Los Angeles. 19 dates will be available in total, as the tour will conclude on September 8, in Paris. Two other international shows will be included, which are in London and Utrecht, Netherlands.

“I kept my promise…” said Teyana on IG. “I told you I would come back for you #TLRP2 is here! Come out and watch me, leave it all out on the stage… One last time… Just for you & as my last rose petal falls….🥀”

Presale tickets for The Last Rose Petal 2 Farewell Tour are now available. The presale code is FAREWELL. General tickets go on sale on May 6 at 10AM. These can be purchased at http://www.TeyanaTaylorTour.com.

Continue Reading
You may also like...
Related Topics:featured, teyana taylor