Home » Hip Hop News » The Game buys woman a pair of Balenciaga shoes, after having to drink from used Starbucks cup, found in trash can [VIDEO] 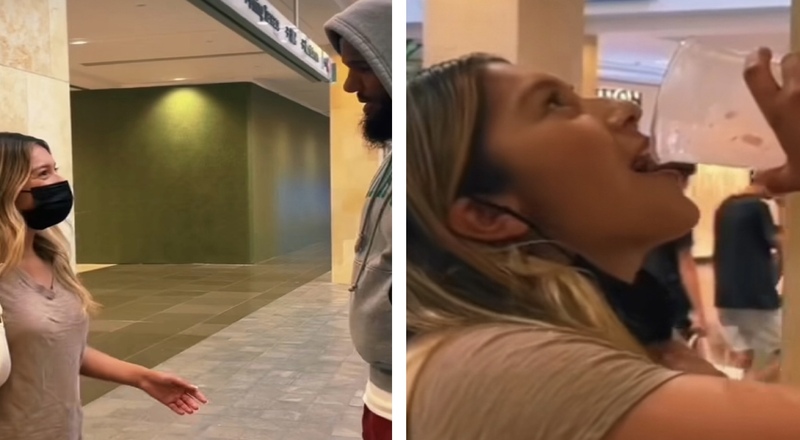 The Game offers to buy woman Balenciaga heels on one condition

Game missed out on his Nipsey Hussle feature on “World Tours” though, due to not filing paperwork for it. His NBA Youngboy collaboration also didn’t happen, due to not wanting to pay a $150,000 feature price. Drillmatic went on to debut at number 12 in the US.

Now, Game is going viral for another interesting reason. On Instagram, Game posted a video of “Episode 1 of ‘Anything.'” A female fan soon recognized who Game was, as he soon asked her if she liked Balenciaga. He soon offered to buy this woman a pair of Balenciaga heels, of she eats the first thing that she finds in a trash can.

This woman went on to drink from a used Starbucks cup. The Game did come through in the end, in purchasing her a pair of heels, as they went on to go into a Balenciaga store together.

Check out The Game offering a woman a pair of Balenciaga heels to eat or drink something from a trash can, below.

The Game offers to buy woman Balenciaga heels on one condition

Continue Reading
You may also like...
Related Topics:featured, the game

More in Hip Hop News
Drake shows off new hairstyle, a perm with a man bun, and is bartending in Turks and Caicos [VIDEO]
Freddie Gibbs’ girlfriend shouts out Benny The Butcher for sharing explicit video of her, saying she had no idea where the followers were coming from [PHOTO]