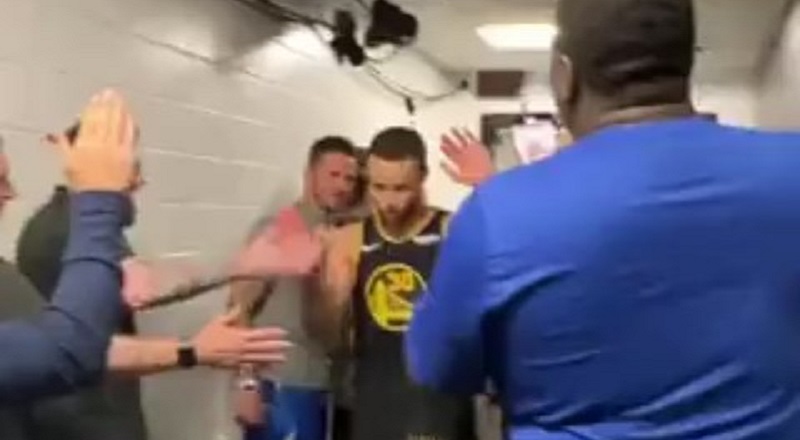 The Golden State Warriors have been under a lot of pressure. After the Boston Celtics went up 2-1, the sports media began writing Golden State’s obituary. Stephen Curry said “not so fast,” though. Curry has been accused of not stepping up in the NBA Finals. Well, that’s not the case.

The Golden State Warriors had no business winning Game 4 in Boston. Through most of Game 4, the Boston Celtics led the Warriors. While the Celtics did not have a big lead, they were dominating the Warriors. Late in Game 4, Stephen Curry wore the Celtics down, getting the win.

The Golden State Warriors won Game 4 and head back home tied 2-2. Stephen Curry scored 43 points, which is an NBA Finals career high. Curry dominated the game in every sense of the word. Coming into Game 4, there were questions if Stephen Curry would have been able to play. While Curry said he would play, there were still doubts. After the win, the Golden State Warriors headed back to the locker room. So the Warriors had a celebration, but they remained calm about things, as they need two more wins to take the title.

More in Hip Hop News
Justin Bieber says that part of his face is paralyzed, due to having Ramsay Hunt syndrome [VIDEO]
Dreka allegedly cheated on Kevin Gates with her female fitness trainer