Home » Hip Hop News » The Notorious B.I.G.’s daughter, T’yanna Wallace, denies report that her friends said B.I.G. would be pissed off, that she used her $1.5 million Brooklyn home as bond, to help her boyfriend after he injured three people in hit-and-run, while fleeing police 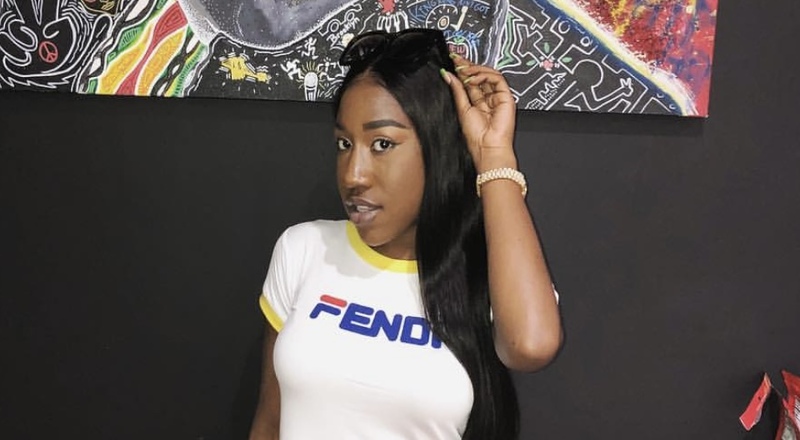 T’yanna Wallace denies that friends spoke against her boyfriend

Last month, it was reported that the late Notorious B.I.G.’s daughter, T’yanna Wallace, posted her $1.5 million Brooklyn home as collateral. This was to cover her boyfriend, 28-year-old Tyshawn Baldwin’s $1 million bond. That came after Baldwin was involved in a hit-and-run incident in Queens, NY, on August 10. Three people were hit, which included a mother and her daughter. Wallace has an infant child with Baldwin, as well.

According to Page Six, Baldwin has since been arraigned on 17 counts of first-degree assault, reckless endangerment, endangering the welfare of a child and other charges. The hit-and-run was due to Baldwin fleeing police, due to having a suspended license, as well as parking at an intersection, and having a loud exhaust and dark-tinted window.

Sources close to Page Six are also now added that Wallace’s friends are puzzled, about her decision to post her home as bond, to get Baldwin out of jail.

“What the f–k is she thinking?” said one friend. “I mean, I know she love[s] him and all, but $1 million for your man? And to make it even worse, the whole thing is [allegedly] on camera. Now if the roles were reversed, would the outcome be the same? No, because he don’t got no paper like T’yanna got paper.”

This friend also added that even The Notorious B.I.G. would be pissed, about his daughter’s decision. People have also supposedly been reaching out to Wallace about it, but chooses who she wants to speak to.

Now, Wallace has taken to her Instagram stories, to call out the author of this Page Six article. She is calling for this writer to be fired, and denied all claims made, in the report.

T’yanna Wallace denies that friends spoke against her boyfriend

Continue Reading
You may also like...
Related Topics:featured, t'yanna wallace, the notorious b.i.g.

More in Hip Hop News
GloRilla responds to fans saying others are being mean to her online; Says she’s not weak or has ever been bullied
Drake shoots music video, with Popcaan and Lil Yachty, during Turks and Caicos trip [VIDEO]