Home » Hip Hop News » The Weeknd stops his concert in Los Angeles, after a few songs, due to losing his voice [VIDEO] 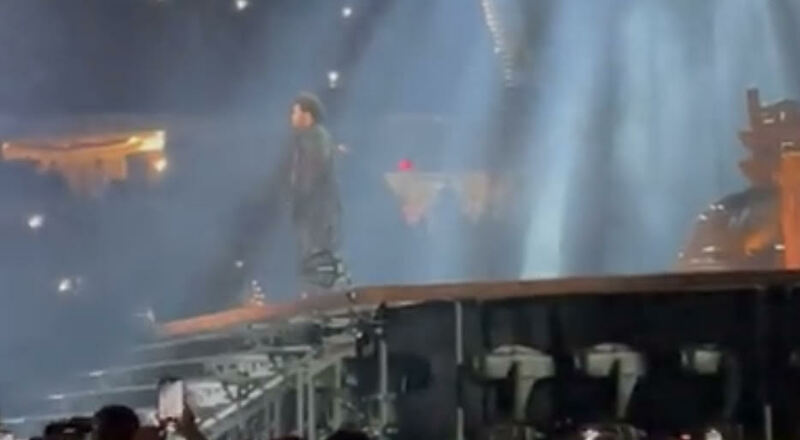 The Weeknd stops LA concert after voice goes out

In 2022, The Weeknd continues to be one of the biggest artists in the world. In January, he released his fifth studio album, “Dawn FM,” which went on to debut at number two in the US. That project was led by singles such as “Take My Breath” and “Out Of Time.”

Since June, The Weeknd has also been venturing on his “After Hours Til Dawn” Tour. On Saturday night, he took the stage at SoFi Stadium, in Inglewood, which is in the Los Angeles area, for the final show of the first leg of the US/Canadian tour.

Fans in LA went on to be very disappointed at this Weeknd concert though, as he stoped it after a few songs. This is due to him losing his voice, after the first song. This resulted in Weeknd stopping the show, as he went on to tell his fans that he loves them.

Weeknd went on to take to his Instagram stories in the early hours of Sunday morning, to address the LA show ending early. He explained that his voice went out during the first song he performed. He added that he felt devastated about this situation and gave his deepest apologies to all in attendance. Thankfully though, Weeknd revealed that he is working on a new date for a new concert, at SoFi stadium.

Check out The Weeknd stopping his LA show early due to his voice going out, along with his explanation, below.

The Weeknd just ended his show after only a few songs, saying he had unexpectedly lost voice. “This kills me,” he said, as he came out to personally apologize to the Los Ángeles crowd at SoFi Stadium. “I love you,” he added before making an exit. pic.twitter.com/H2xdpvq1nD

The Weeknd stops LA concert after voice goes out

Continue Reading
You may also like...
Related Topics:featured, los angeles, the weeknd