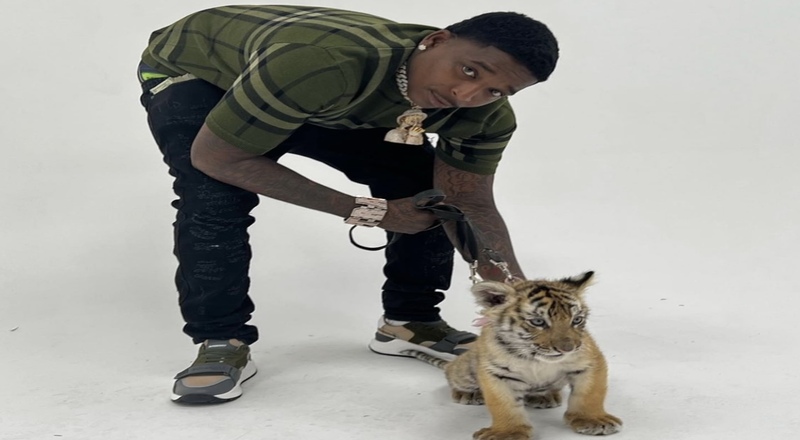 Trapboy Freddy has been hot in the Dallas hip-hop scene for several years now, as he’s collaborated with Yella Beezy, Lakeyah, Young Dolph, and more. Now, Freddy is running into some legal issues, that may set him back for a bit.

According to TMZ, Freddy was arrested, on a weapons charge. This was for one count of possession of a firearm by a convicted felon. His court appearance is being held today. Freddy will likely find out whether a bond amount is available.

Another interesting part of Freddy’s arrest, was that police found a tiger cub, in his Dallas area home, in Oak Cliff. The cub was taken by authorities, as Freddy wasn’t hit with any charges, in regards to possession of the animal. The tiger has since been taken to the Texas Parks & Wildlife Department. Freddy initially showed off the tiger in an Instagram post, back in June.

Freddy’s last single came in late June, which was “Innocent.” His last project released, was his “Distractions” mixtape, in August 2021. 15 songs were included there, along with features from Young Thug, Lakeyah, and more.

Continue Reading
You may also like...
Related Topics:featured, trapboy freddy