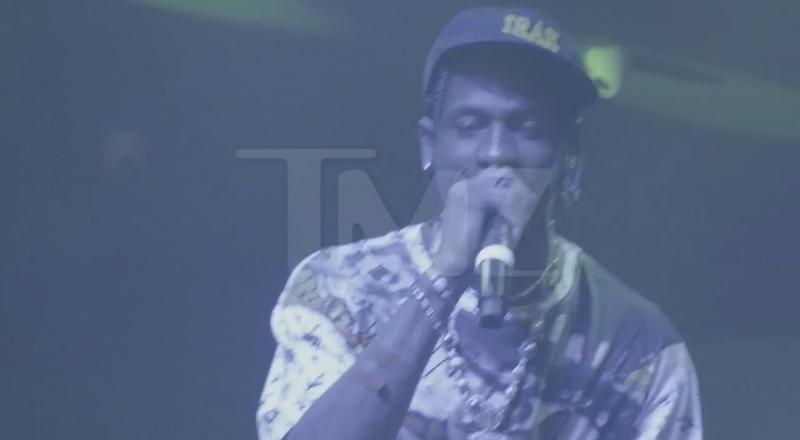 Travis Scott has been very low key, since his 2021 Astroworld Festival. The Houston-based concert in November saw over 300 fans get injured, and 10 dying from their injuries. Over 300 lawsuits were filed, as Travis has slowly been trying to rebuild his image.

Last night in Miami, Travis also had his first public performance, since Astroworld Festival. This was at E11EVEN, in Miami, per TMZ. He performed around 3AM, as Miami was celebrating the Miami F1 Grand Prix event, in the city. Travis told the audience that he’d be back in 10 minutes, and that they “better lose their motherf***ing minds!”

Also, Travis reportedly performed songs such as “Sicko Mode,” “Antidote,” “Pick Up the Phone,” and “Goosebumps.” He also brought out Quavo, to perform “Dubai S*it.” Travis was in attendance until 6AM.

Travis was also rumored to perform at Coachella last month, with Kanye West. That didn’t happen though, due to Ye’s last minute cancelation. Travis will perform at Primavera Sound Festival in South America in November, though.

Travis Scott and Quavo performed ‘pick up the phone’ at @11Miami 🔥 pic.twitter.com/M9fH4JXipu

More in Hip Hop News
Jack Harlow gets criticized on Twitter, for having two Black men carry him at Kentucky Derby, to avoid getting his shoes dirty [VIDEO]
Kevin Samuels reportedly died broke and in debt with only $1,000 to his name