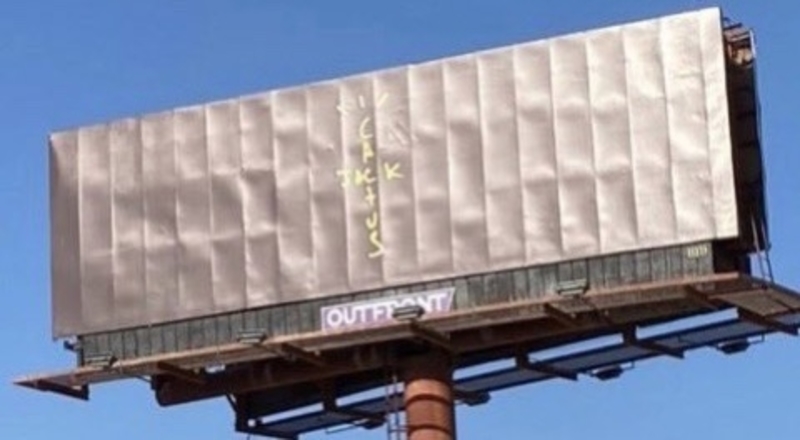 Travis Scott is still dealing with being heavily canceled on social media. This is due to his Houston-based Astroworld Festival being so catastrophic, in November. Over 300 people were injured, and 10 died as a result of injuries sustained. Travis went on to be hit with over 300 lawsuits, as one even seeks $2 billion in damages. Drake and Live Nation were also listed in that lawsuit.

Many believed that Travis shouldn’t have this festival again, either. He did get removed from the upcoming Coachella 2022 festival, though.

Prior to the Astroworld Festival, Travis was also promoting his upcoming fifth studio album, “Utopia.” On the first day of the festival, he even put out two new singles in “Escape Plan” and “Mafia.” The album promotions stopped for a while, but the title has since been inserted back into Travis’ Instagram bio.

Utopia billboards have also recently surfaced, in southern California. They read “Psst! Wrong way! Looking for Utopia…” One billboard also had Travis’ Cactus Jack record label logo. He has yet to publicly announce a release date for his project, but many of his fans are very much ready. His last album came back in August 2018, with “Astroworld.” That topped the Billboard 200, and contained the diamond-certified “Sicko Mode” single, with Drake.

More in Hip Hop News
Khloé Kardashian finally admits that Tristan Thompson isn’t the man for her, after accepting his cheating in the past [VIDEO]
Nicki Minaj thinks Coi Leray should’ve put the “classic” original version of “No More Parties,” on “Trendsetter” album