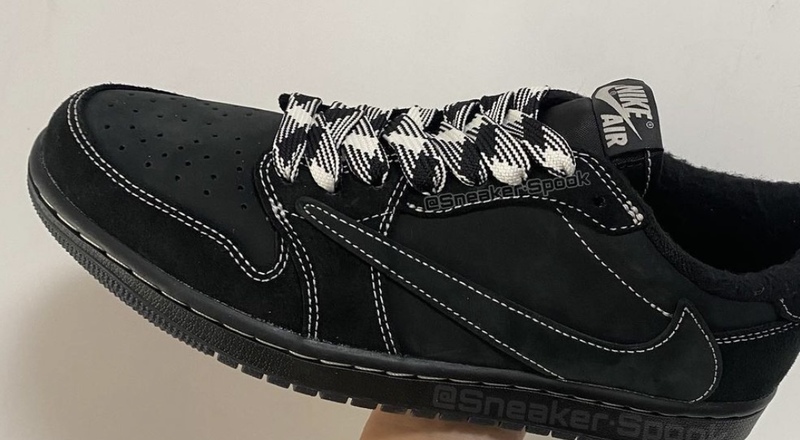 This year, Travis Scott has released some of the hottest Nike/Air Jordan sneakers of the year. This comes after his previously scheduled releases got postponed in late 2021, due to his controversial Astroworld Festival.

The Travis Scott x Air Jordan 1 collaborations have been one of the biggest sneakers that Travis has released with the iconic sneaker brand. Now, another one is on the way, that will reportedly be out, before 2022 is up.

This pair is the Air Jordan 1 Low “Black Phantom,” as a scheduled release date hasn’t been made official just yet, as the speculated date is December 15., per Sneaker Spook. These sneakers come in all black, as the laces feature a black and white pattern. All red and all black laces are available with this Air Jordan 1 pair, as well. The Travis x Nike swoosh logo is also displayed on its side.

This month, Travis also had two huge concerts, at the O2 venue, in London. These were back to back concerts, and his first solo arena performance, since Astroworld. Travis even turned up backstage after day one of the concert, with Kevin Durant and James Harden.

More in Hip Hop News
Rihanna gets fat shamed on Twitter, after fans spot her post baby body
Tichina Arnold shares hilarious video of her mom struggling to get into her car [VIDEO]