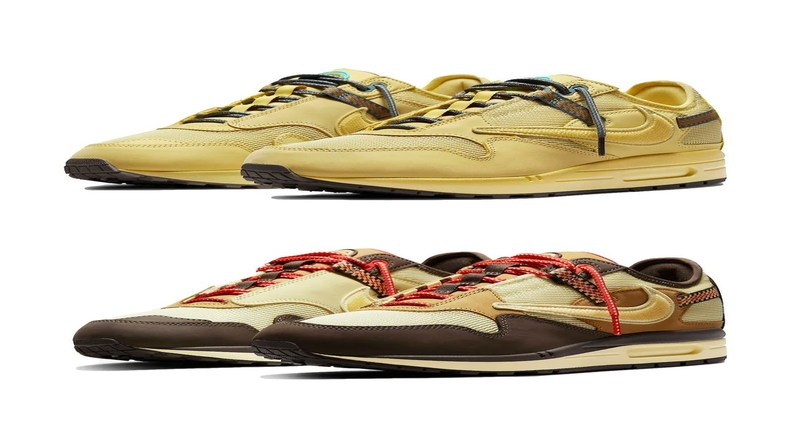 Last week, Travis Scott had a very successful return, with his sneaker releases. 1 million entries were turned in, in a raffle, in order for fans to be able to purchase his Nike Air Trainer sneakers. This was Travis’ first sneaker release with Nike, since Astroworld Festival.

Now, the Travis and Nike sneaker releases are back in full swing, even more. On May 27, their Nike Air Max 1 collaboration, will be released. These will be released in two pairs, as one design is in “baraoque brown,” and the other in “saturn gold.” These retail for $150, and can be reached through the Nike SNKRS App.

Travis has been dominant with these sneaker releases, over the past four years. His Air Jordan 1 High sneakers have been another very popular pair, as they are also pairs that resale for even higher prices, on secondary markets.

Travis has been returning to the big stage as well, with performances. Last week, he performed at the 2022 Billboard Music Awards. He performed “Mafia,” as well as an unreleased song.

Check out a closer look at Travis Scott’s Nike Air Max 1 collab, below.