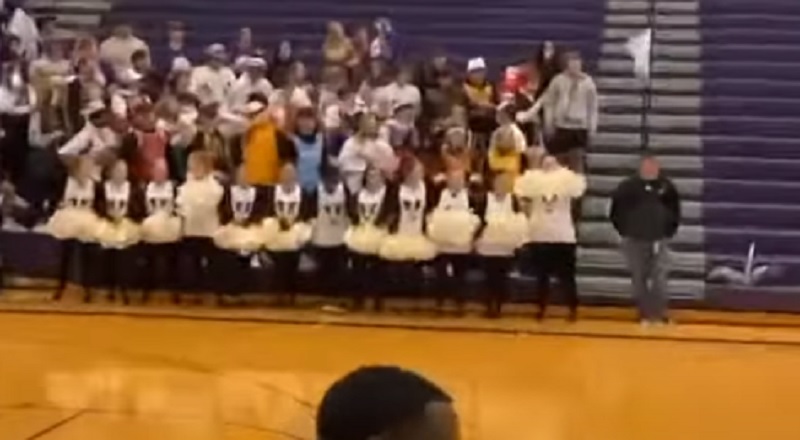 Over the weekend, Valley Center High School hosted Tokepa High School for a basketball game. All of this took place in Kansas. By nature of this being a basketball game, the environment was intense. However, Topeka’s coach shared a video that exposed Valley Center for using racist tactics in order to get into their heads. As a result, the entire situation went viral. In addition, there is news that an investigation has been launched.

During the game, Topeka High School’s players were the target of racist taunts. Among other things, the players were repeatedly called the “n-word.” However, Valley Center said they did not discover evidence of racist language being used. Aside from that, Valley Center’s students were accused of having a doll baby that was painted the color black. This prompted a Topeka High coach, Jo’Mahara Benning, to share the experience online. Taking to Twitter, his video went viral, and now administration has intervened.

Valley Center High School has issued an apology, after this incident. With a petition going around to remove their fans from all sporting events, they have told Topeka High “we’re sorry.” In addition, they said the “baby” was not meant to intimidate, it was a student’s that they were using for class. Both schools are now working together to get to the bottom of what happened. Representatives from both schools said they will work together to make sure the persons responsible are held accountable. In addition, they want to prevent situations like these from happening in the future.

More in Hip Hop News
Georgia couple tricks Walmart cashier and walks out with $6,000 worth of merchandise and gifts
Meghan Markle said she was never treated like a Black Woman until she moved to the UK