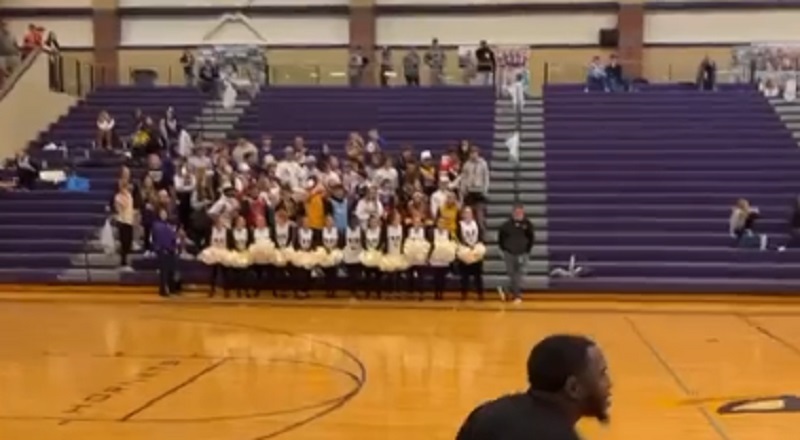 The levels of cruelty that people think are simply okay are saddening. Even in “safe spaces,” such as schools, there are people being attacked for simply being who they are. However, high school basketball games are hardly ever a “safe space.” The way adults carry on, in those spaces, have always been well-documented. But what happened at a Kansas high school game was shocking and disgusting, on so many levels.

Recently, Topeka High School in Kansas, traveled to nearby Valley Center, to play a game of basketball. In addition to the game, Topeka also received major doses of racism and disrespect. Clearly, Topeka is more diverse than a town like Valley Center. That is to be expected, with Topeka being the Kansas state capital. Given the rest of the state’s demographics, it is not exactly shocking that a place like Valley Center is not as diverse, despite being close to Wichita, the state’s largest city.

Topeka High School’s basketball coach, Jo’Mahara Benning, shared a disturbing video on his Twitter. This is what his group of boys had to endure while in Valley Center. Not only did they deal with the typical sports rivalry, they had to deal with threats. The Valley Center students made racial threats to Benning and his players. In addition, they had other racist props brought along meant to taunt and intimidate. Due to the graphic nature of the video, it is not included, but can be found on Benning’s Twitter.