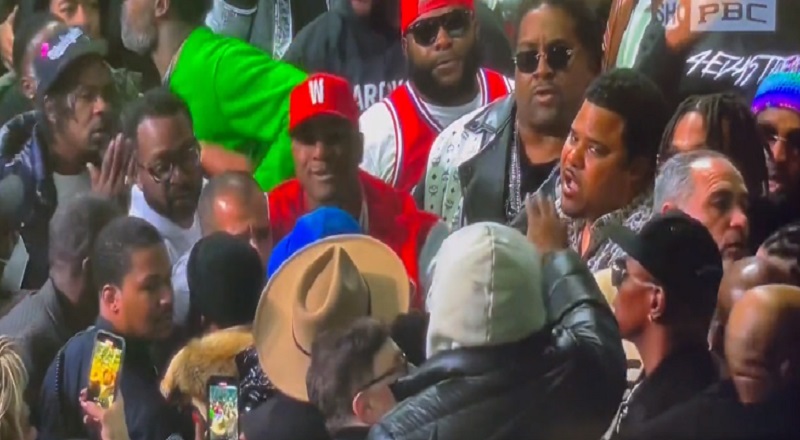 Wallo was not the most likely person to become a famous media personality. However, he and Gillie Da King still managed to secure a $100 million deal. Now, they are among the wealthiest hosts of all-time. All of this is a reason to celebrate. Like many others, Wallo went to Gervonta Davis’ fight, last night. As everybody knows, Meek Mill got into a huge altercation during this fight. Among other people, Wallo was trying to stop the madness.

Wallo is open about what has taken place in his life. A few years ago, he was actually behind bars. Towards the end of his prison sentence, Wallo began making a plan for when he got free. When he was released, Wallo and Gillie Da King reunited. Cousins, they decided to go into business together. With Gillie being a famous rapper, they used those contacts to launch “Million Dollaz Worth of Game.” Two years and $100 million later, this was a wise choice.

Wallo was initially misidentified as the person Meek Mill was arguing with. Those who know Wallo’s story know he would not get involved in any kind of altercation, unless he was truly defending someone. After all, he already has gone through too much. In addition, Wallo has become a positive figure in the community. As a result, he was actually trying to stop Meek Mill, and get through to him. All of this has had him trending on Twitter all morning.

More in Hip Hop News
LaLa Anthony jokingly said she has no dating options in 2023 [VIDEO]
NBA Youngboy and Jazlyn Mychelle are reportedly now married, according to viral marriage license