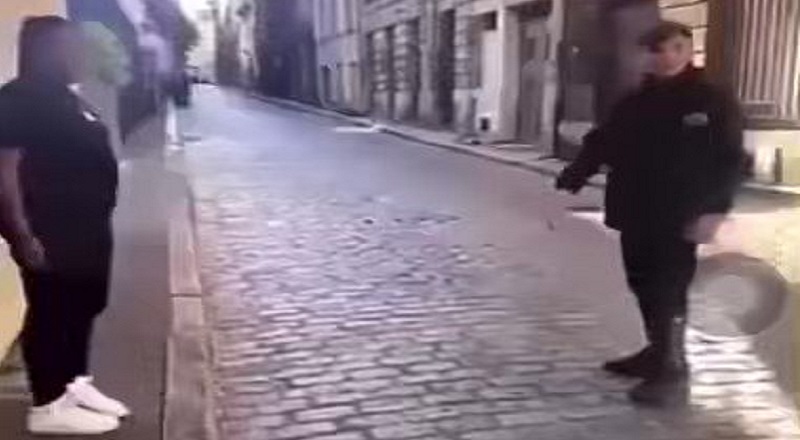 Earlier this week, a video went viral of a White man approaching a Black woman in Europe. Their interaction was recorded. In the background, a group of men could be heard laughing. What happened next was utterly disgusting. Over the past few years, people have continuously done outrageous things.

In the United States, things have gotten intense, where race relations are concerned. Some have said this is the worst that things have been since the 1950s and 1960s. However, the big difference is social media is prominent, in this era. As a result, a lot of the cruel things that happen are captured and posted to the various social networks. While this raises awareness, it could also inspire copycat incidents.

In Europe, a young Black woman was walking down an alleyway, when she encountered a White man. The young man also looked to be relatively young. While the woman was walking, the man confronted her. Clearly, the people in the background could be heard laughing. It is unclear what was going on with the people filming. However, what is clear is that the man got more than he bargained for, when he jumped this young lady. Complete self defense, the woman immediately flipped and body slammed the man, before truly handling him. The video is a bit graphic, so it is not included in this article.