Home » Hip Hop News » White man gets aggressive with Black women in Walmart, after being caught stealing, telling them “your people steal too” [VIDEO] 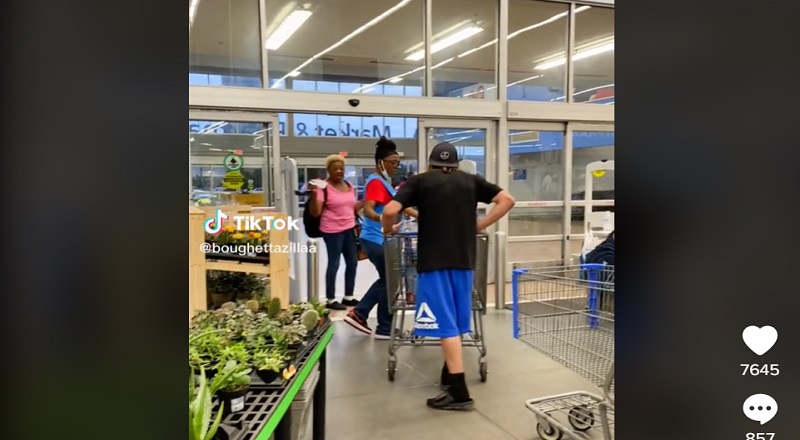 Situations such as these are why Walmart is threatening to close some of their stores. This time, it wasn’t a physical disagreement, thankfully. Instead, this was a person who was caught shoplifting, when he was exiting the store. When he got caught, he got aggressive with the female worker who tried to stop him. Another woman stood in her defense. As they confronted the man for stealing, he got increasingly aggressive, and insulted the women.

There are a growing number of alarming videos on the internet of people hurting each other. A large number of the videos slant towards there being a racial bias. However, there are countless videos of people mistreating each other. Ironically, a lot of those videos have taken place at various Walmart locations. This directly goes against the wholesome, family, environment that it has taken decades for Walmart to cultivate and perfect.

In this particular video, the man gets to the exit of the store, where he meets the greeter. Apparently, he didn’t have a receipt to show the woman, so she assumed he was stealing. Instead of coming with proof that he paid for his items, the man admitted to stealing. He even did that in the most condescending way, telling the woman “your people steal, too,” presumably referring to Black people. The entire time, he was acting intimidating, but stopped when a man confronted him. After that, he ran off without his items.