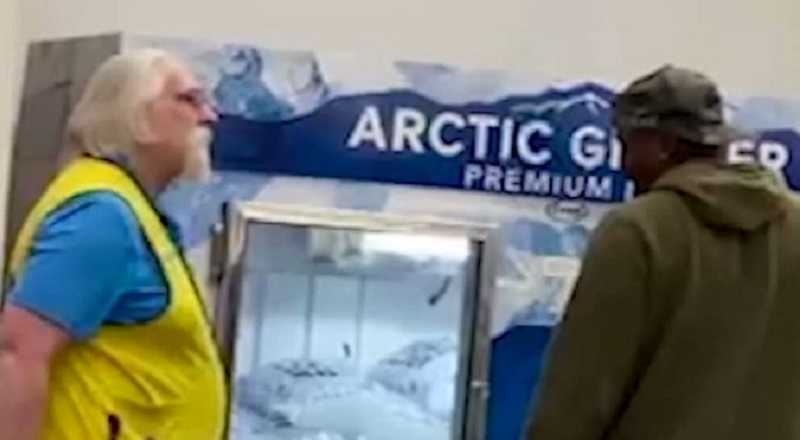 When a man went into a Walmart in Moreno Valley, California, he did not anticipate how his day would go. If he is like most people, he expected to go inside the store, get what he needed and then leave. Instead, he finds himself accused of not paying for his items, and then gets into an altercation. As this happens, the man was demeaned and called out of his name. He was also insulted over his race, which is happening often, nowadays.

Simply going to the store is a dangerous task for all people. For people of certain races, they have to worry about being targeted, and possibly not coming home. Meanwhile, people of all races have to brace for the potential of their store being home to an active shooter. Sadly, this is what life is like in America, in 2022. While the situation at the Moreno Valley Walmart was bad, it is good that it did not get as bad as it could have.

Still, the man who was at the focal point of this situation has a right to be upset. While he was trying to leave the store, he encountered the greeter. As Walmart greeters do, the man asked to see the receipt, as the customer just finished paying for his items. When the man did not immediately produce his receipt, the greeter began accusing him of stealing. After that, he began berating him, and repeatedly calling him the “n-word.”

A Walmart employee in Moreno Valley is accused of going on a racist tirade against a customer – an incident that was caught on video. #news #abc7la #abc7eyewitness #walmart #walmartemployee #racism #caughtoncamera #caughtonvideo #customer #socal #morenovalley #racisttirade

More in Hip Hop News
Cop gets scared after a mountain lion screams while he is on patrol [VIDEO]
Will Smith speaks about Oscars slap and his new film, “Emancipation” [VIDEO]