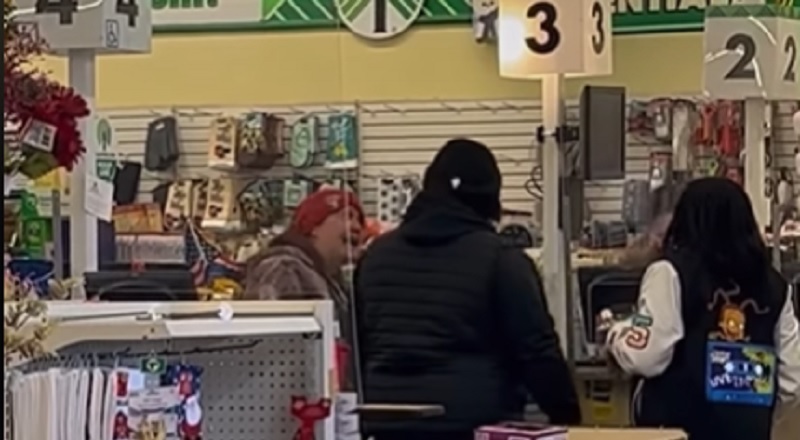 During the holiday season, people should be coming together. Instead, there always seems to be a moment when people go against each other. Then again, the holidays are supposed to be the happiest time of year, but it’s often a source of depression for many. With that being said, people continue coming up with different ways to hurt each other. In Dollar General, a woman provoked a fight with a couple. As a result, she is the latest star of a viral video.

Given the many technological advances, it is easy to think the world, as a whole, has advanced. However, the past decade has brought out many things believed to be a part of the past. Namely, how people treat each other based off trivial things such as skin color. While that should be a part of the past, there are people out here judging others for how they look. Meanwhile, they overlook how they are acting is making them look terrible.

Yesterday, a video went viral of a woman in line in Dollar Tree. She was behind this couple that was simply trying to check out. The woman continued to scream all kinds of expletives at this couple. First, she was only screaming at the wife. After that, she began screaming at the husband, and then she hit him. Initially, the wife stepped up to defend her husband. Once the woman hit the wife, the husband went into overdrive, and he went off on the woman.