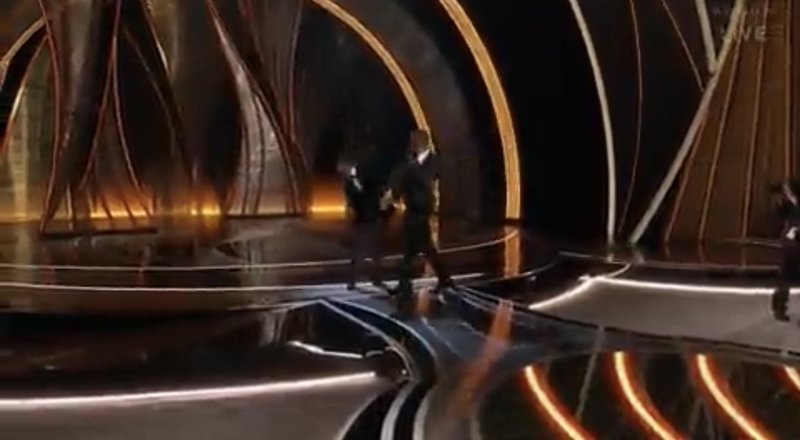 Will Smith refused to leave Oscars after slapping Chris Rock

Social media is still buzzing, after the viral moment that Will Smith created at the Oscars, last weekend. That was when he walked on stage, and slapped Chris Rock, for making a joke about Jada Pinkett’s hairloss condition. That came after Smith had been laughing a bit, but then realized that Pinkett wasn’t laughing at all.

Smith ended up apologizing on Instagram, for his actions. He apologized to Rock, as well as the Academy of Motion Picture Arts and Sciences again. A formal review into the incident had also begun, as speculation is out regarding if Smith will lose the Oscar that he won, that night.

Now, more information is out, relating to the aftermath of the slap. According to TMZ, Smith was reportedly asked to leave the ceremony, but refused. Academy President David Rubin and CEO Dawn Hudson originally asked him to leave. They were said to be “furious” with Smith’s reps. A hearing will be held on April 18, regarding Smith’s punishment.

“Things unfolded in a way we could not have anticipated. While we would like to clarify that Mr. Smith was asked to leave the ceremony and refused, we also recognize we could have handled the situation differently. Consistent with the Academy’s Standards of Conduct, as well as California law, Mr. Smith is being provided at least 15 days’ notice of a vote regarding his violations and sanctions, and the opportunity to be heard beforehand by means of a written response. Mr. Smith’s actions at the 94th Oscars were a deeply shocking, traumatic event to witness in-person and on television. Mr. Rock, we apologize to you for what you experienced on our stage and thank you for your resilience in that moment. We also apologize to our nominees, guests and viewers for what transpired during what should have been a celebratory event.”

Will Smith refused to leave Oscars after slapping Chris Rock

Continue Reading
You may also like...
Related Topics:chris rock, featured, Oscars, will smith