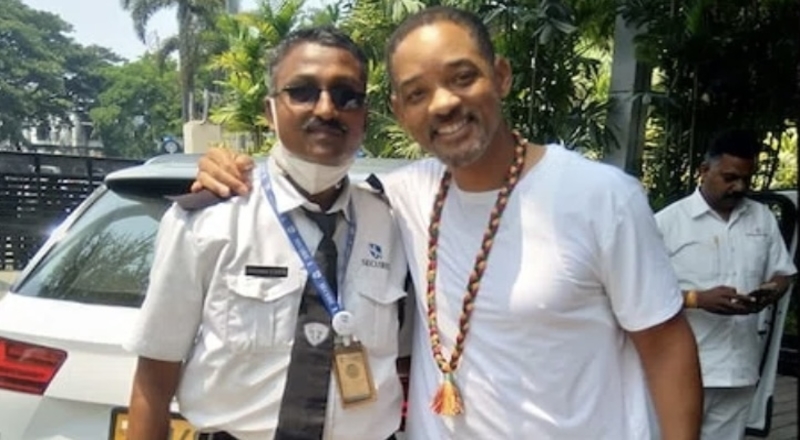 It’s been almost a month now, since the infamous Will Smith slap on Chris Rock, at the Oscars.  That was after Rock made a “GI Jane” joke about Jada Pinkett’s hair loss condition, that he apparently didn’t know about. Will has since been banned from the Oscars and other Academy events, for the next 10 years. Smith accepted the Academy’s decision. He apologized to them in-person at the Oscars, after winning his award, and the next day, in a statement to them and Chris Rock.

“Jokes at my expense are a part of the job, but a joke about Jada’s medical condition was too much for me to bear and I reacted emotionally. would like to publicly apologize to you, Chris. I was out of line and I was wrong. I am embarrassed and my actions were not indicative of the man I want to be. There is no place for violence in a world of love and kindness.”

Several of Smith’s upcoming films have been put on hold since the slap, such as “Bad Boys 4,” and “Fast and Loose,” which is a Netflix project.

Smith is sill living his best life, though. According to TMZ, the “King Richard” actor is in Mumbai, India, this weekend. He landed at a private airport, and received plenty of love. Smith took photos with fans outside of his hotel, as he was all smiles. The reason for this trip to Mumbai is still unclear, though.

Continue Reading
You may also like...
Related Topics:chris rock, featured, india, will smith

More in Hip Hop News
Eliza Reign calls out Future for not wishing their daughter a happy birthday
50 Cent says that his Snoop Dogg “Murder Was the Case” series, on STARZ, is no longer in production