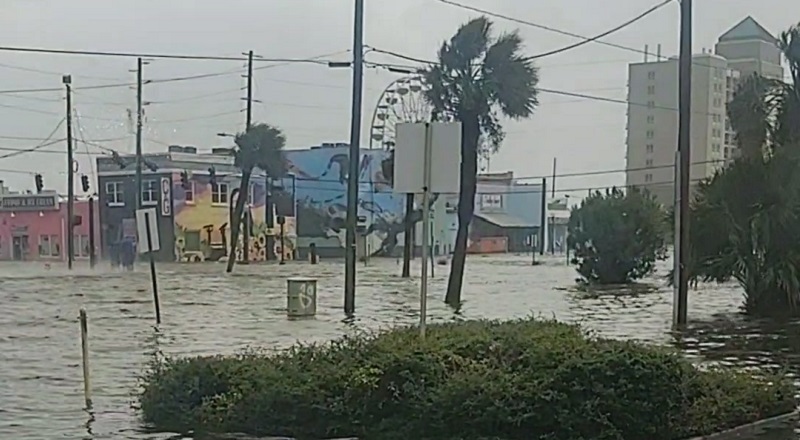 Wilmington is only a couple of hours North of Myrtle Beach. Yesterday, Hurricane Ian hit the Myrtle Beach metro and left several streets and neighborhoods completely underwater, leaving nothing but damage. In addition, the city of Wilmington took its fair share of hits.

When Hurricane Ian’s bands hit Wilmington, the city began to take immediate damage from the storm. The rainwater began to produce flood levels and it wasn’t long before the city ended up being under water. Several of the coastal neighborhoods in Wilmington ended up taking on the flooding. This produced dangerous results, as the wind and lightning was up, as the power lines were also flying around. As a result, a good portion of the city was forced to evacuate these neighborhoods. However, the area appears to be a little more commercial than residential.

More in Hip Hop News
Woman on Facebook claims Kevin Gates came out during concert and then she took her post down [PHOTO]
Antonio Brown is accused of assaulting a woman after exposing himself by putting his bare bottom in her face, repeatedly