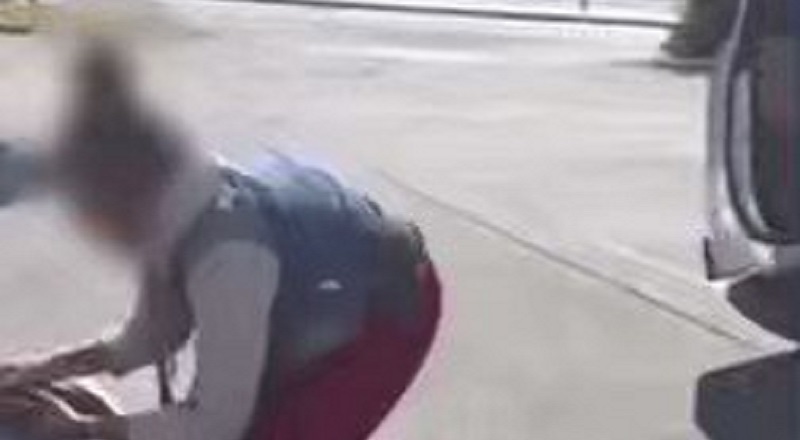 In Kansas City, a man wound up in an altercation with a fireman. The situation went from bad to fatal in a matter of minutes. Exactly what led up to the actual altercation is unknown. After all, the video begins with the firefighter holding a man in a chokehold. While this is happening, the man’s girlfriend is begging the fireman to stop.

The situation, and situations such as these, happen far too often. During this day and age, many of these kinds of altercations have been filmed and are going viral. Over the past decade, people have recorded the wild situations they find themselves involved in. But this situation ended up going further than most would imagine.

Exactly what led up to this altercation is unknown. However, a man ended up getting into a confrontation with a firefighter. As a result, the confrontation turned physical. When the video begins, the fireman has the man in a chokehold, and is choking the man out. Hysterically, the man’s girlfriend screams out, and begs the fireman to stop. After her repeated pleas, the fireman continued to ignore her. The woman even screamed that their children were in their car watching. As a result, the woman grabbed the fireman’s weapon and shot him. The man’s injuries wound up being fatal, but she will not face charges.

More in Hip Hop News
Cardi B wins lawsuit, after she was sued by man, five years ago, who appeared on her “Gangsta B*tch Music Vol. 1” mixtape cover
Gunna’s “Pushin P” single with Future and Young Thug goes platinum