Home » Hip Hop News » Woman gets chased at gunpoint, while on the job, and live streams the video [VIDEO] 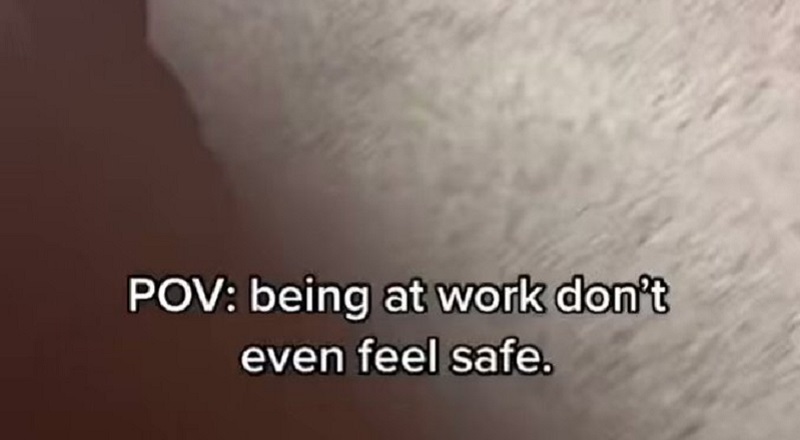 Woman gets chased at gunpoint while on the job

So much has changed in the world. The implementation of social media has brought about most of this change. In many ways, people share their entire lives, including the ending of their lives, on social media. In addition, it seems that nowhere is safe anymore. One woman had to run for her life, while she was at work.

In the video, there is a woman who spots a person that she knows. Clearly, the woman can be heard asking if the woman is named “Jasmine.” While the woman, herself, was never shown, her voice is heard. After that, the woman and her co-workers run. They end up in a room, repeatedly saying they are being shot at.

What led to all of this is unclear. However, there was an unnamed woman who was already sharing her video from work on Live. When the woman walked to the front of her job, she spotted another woman. The woman working the job identified the lady as “Jasmine.” After that, the woman asked if “Jasmine” had a gun. Following her asking about the gun, the woman began running. In addition, her co-workers were running. The woman never turned her video off, as the title read “POV: being at work don’t even feel safe.” Later, Jasmine was identified and arrested for shooting at Henry County, Georgia warehouse.

Woman gets chased at gunpoint while on the job

More in Hip Hop News
Ice Spice responds to Drake supposedly dissing her, on his new “Her Loss” album
Lil Fizz’s Twitter got hacked and is posting random anime [PHOTO]