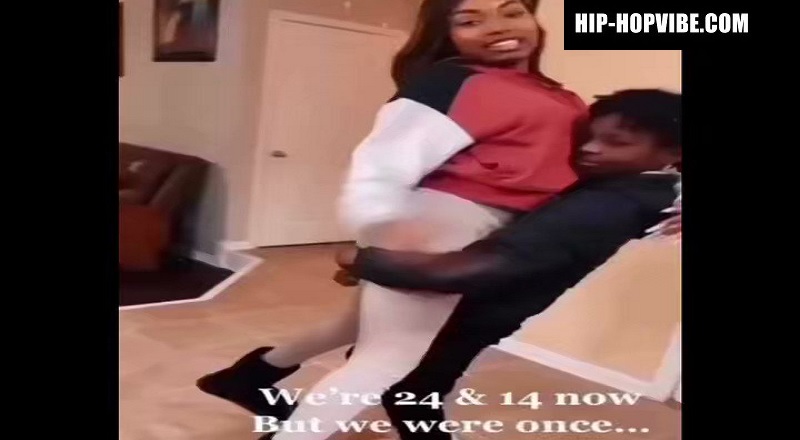 People on the internet are quick to jump to conclusions. Then there are things that happen that are so wild that people question if its true or not. So, when there is a twenty-four year old woman in a video with a fourteen year old boy hugged up, people think the worst. Obviously, people are thinking this grown woman is considering this boy her boyfriend. In actuality, it’s far more likely that they are brother and sister.

A few months ago, there was a video of a woman in her early fifties, with a boy in his twenties. The video collage showed them from their current age to where it began. So, at the end of the video, it showed the woman holding the boy as a baby. While the audience assumed this was a predator situation, the woman was actually the boy’s mother. Now, there is another video of this twenty-four year old woman being hugged by a fourteen year old boy.

Because of how the image in the video looks, people assumed the fourteen year old boy is dating the twenty-four year old woman. As a result, people on social media have ran with this video. But, a closer look at the video shows that it is more playful than romantic. Also, given the fact that the woman has known the boy since birth makes it more likely that they are siblings, or at least related, instead of them being together.

More in Hip Hop News
Tory Lanez adds Aaron Hernandez and Casey Anthony’s former attorney to his legal team, ahead of upcoming sentencing
Iggy Azalea reportedly made $307,000 in her first 24 hours on Only Fans