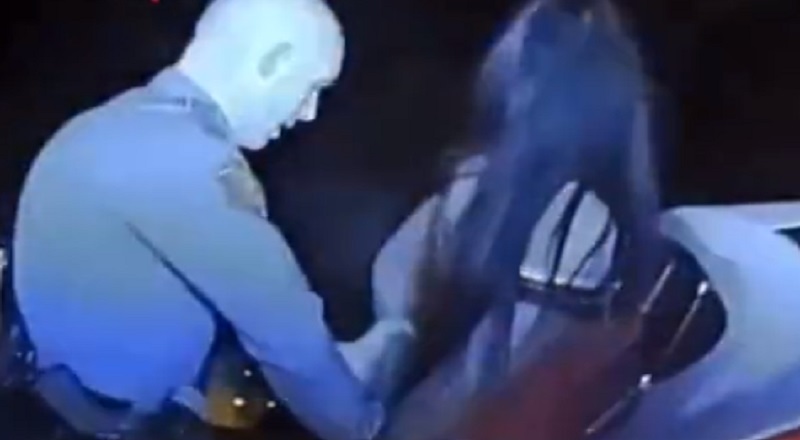 Woman offers to sleep with officer to avoid arrest

Tensions between the police and the Black community have been fraught, to say the least. However, the outrage is only sparked when there is clear evidence of wrongdoing. Some issues are simply preventable by not breaking the law. In this case, the police arrested a woman who was caught drunk driving. Instead of simply cooperating, the woman tried to make conversation with the officer. In turn, she offered herself to the officer, which can be viewed as a bribe.

The unnamed woman ended up being handcuffed by the officer, who arrived on the scene. Almost from the start of the video, the woman tries to charm the officer. There was footage of the entire encounter, showing the woman being the aggressor. Throughout the entire situation, she was never cruel to the officer. However, she goes from charming to flirty, to being aggressively flirty with the officer. All of this was a part of her plan.

What caused the situation was the woman driving drunk. Drunk driving is the driving force behind countless numbers of fatal car accidents. As a result, getting caught driving drunk comes with bigger penalties. However, this woman sought to avoid that fate. When the officer handcuffed her, the woman turned up the flirting. Before it was all said and done, the woman told the officer that she would sleep with him. This was an effort to prevent the cop from arresting her.

Woman offers to sleep with officer to avoid arrest

More in Hip Hop News
NYC woman will lose her eye, after being attacked on the subway
Ice Spice clones appear in NYC to promote her new “Like..?” EP [VIDEO]