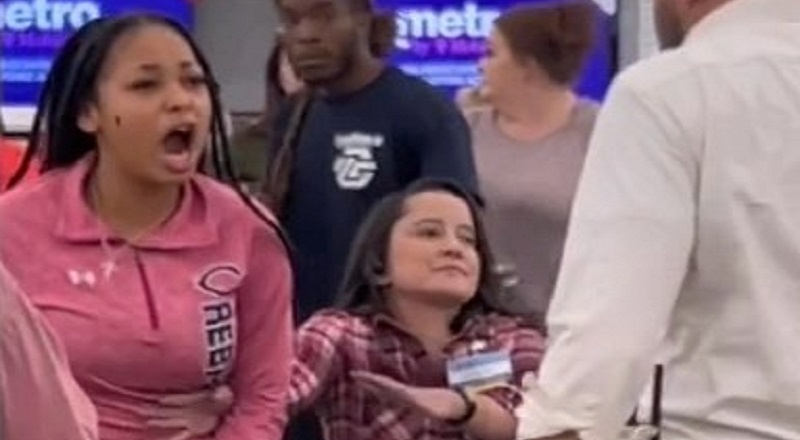 Suddenly, Walmart is the place where people go when they want to act up. However, Walmart has also been home to some tender moments, in 2022. Unfortunately, this was not one of them. After a greeter in a California location tried to fight a customer, based on race, and a North Carolina location shooting, this happens. Earlier this week, some ladies allegedly jumped a Walmart sales associate. When they were placed under arrest, they resisted.

Exactly what caused all of this is not clear, but the situation was definitely intense. When the video begins, there are at least two females nearby the Walmart customer service. The ladies are screaming and there is one worker holding them back. Meanwhile, there is a man who looks like security, who is talking to the ladies. From the looks of things, the man was trying to defuse the situation, which was already intense.

By the time it was all said and done, the ladies ended up causing a bigger scene. A police officer is also shown in the video. While the officer is trying to place an arrest, the ladies clearly begin fighting back. In addition to resisting the officer, they are also trying to get their hands on the Walmart worker. As a result, the women ended up being physically dragged out of the store.