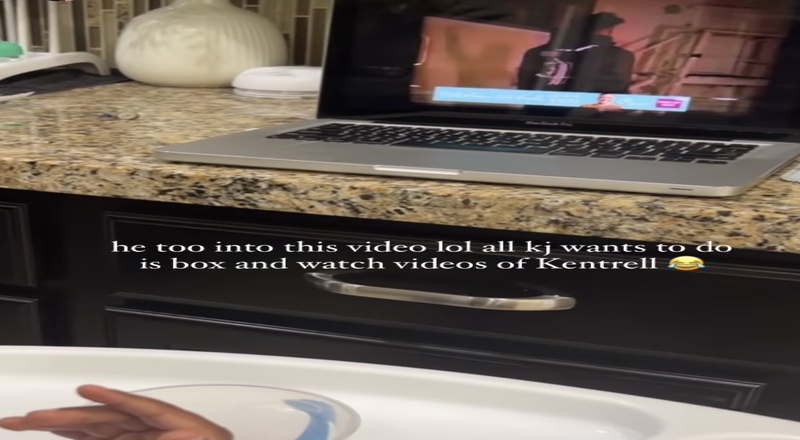 Back in January 2021, Yaya Mayweather revealed that she’d given birth to another one of NBA Youngboy’s children. That came after the two had dated in 2020, but split, around the time of the birth. Yaya has still been showing Youngboy love though, including when he was incarcerated, in 2021. Youngboy went on to have another child in 2021, with Jazlyn Mychelle. Yaya is also the daughter of legendary boxer, Floyd Mayweather, who eventually supported Youngboy, by showing up to his court date, earlier this year.

Now, Yaya is showing her and Youngboy’s son, some of Youngboy’s music. She recently took to her Instagram stories to show her playing Youngboy’s music videos, and asking the child who that is. Yaya’s caption read “He too into this video lol all KJ wants to do is box and watch videos of Kentrell.”

Check out Yaya Mayweather showing off videos of NBA Youngboy to their son, here.

More in Hip Hop News
Lizzo checks a fan for disrespecting her weight on Twitter, while she was promoting her Yitty line
Gucci Mane and Baby Racks – “Look Ma I Did It” [VIDEO]