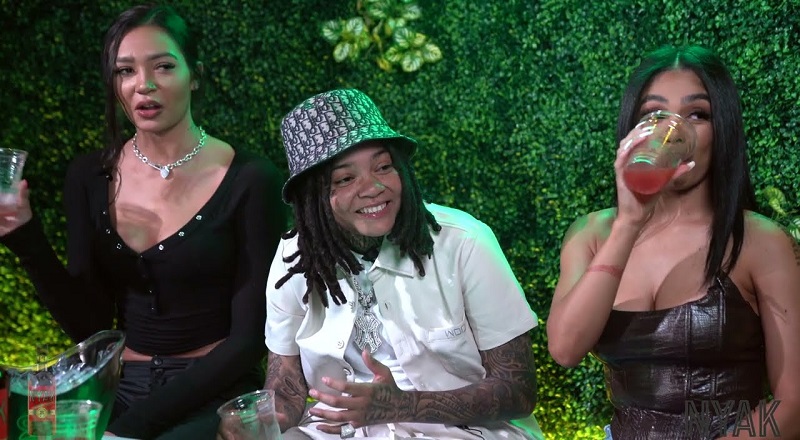 Young M.A was groundbreaking, when she first entered the game. When she dropped “Ooouuu,” Young M.A became the first LGBTQ+ female rapper to have mainstream success. Initially, fans were shocked to learn she was a woman, given the lyrics of that song. In the years since, Young M.A faces rumors of being pregnant at least once a year.

Young M.A is the first female rapper of her kind to have mainstream success. As a result, she is considered a legend in the game. In addition, Young M.A has built such a dedicated fan base that she doesn’t need much mainstream success in order to succeed. A few years ago, she had Bernice Burgos star as her love interest for her music video. That, alone, kept people talking, as they assumed Young M.A and Bernice Burgos were really dating, and that drove attention to the video.

Young M.A embraces her womanhood, but she has made strong boundaries around her masculine energy. In 2019, Kodak Black began saying some wild things about wanting to hook up with Young M.A. As a result, she ended up calling Kodak out over his comments. During this time, Young M.A made it clear that she is proudly LGBTQ+ and a masculine woman. Therefore, she did not take kindly to Kodak’s comments, which she deemed disrespectful. Now, Young M.A is trending on Twitter. Every year, the rumors start about her being pregnant. Last night, those trends began again.

More in Hip Hop News
Asian Doll is in jail, as bond has been denied, reportedly due to charges that include speeding and not having license
Offset changes his Instagram avatar, to honor Takeoff, after his passing