Home » Hip Hop News » Young Thug says he would give Kanye West as many acres of land as he needs, for free, to help launch Kanye’s Yeezy stores, starting in Atlanta 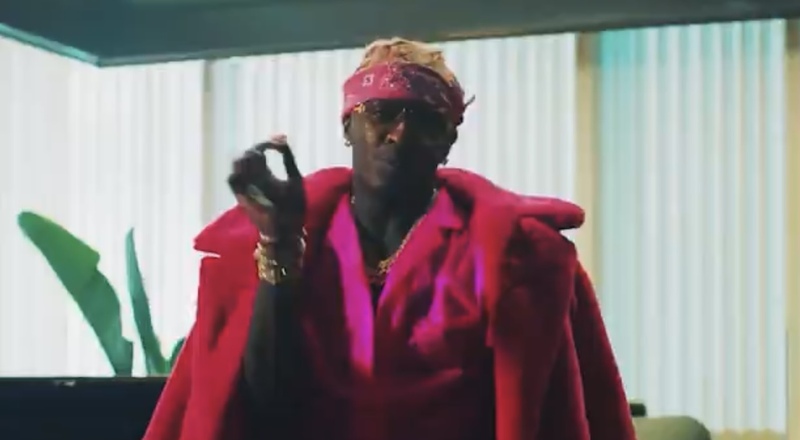 Kanye West made his return to Instagram, on Thursday. There, he continued his usual rants, as he dissed Kris Jenner, and also showed love to Tristan Thompson and Travis Scott, by calling them his “fellow sperm donors.” Kanye even dissed Gap and adidas, for copying his Yeezy designs, despite that Kanye has a deal with Gap.

Kanye also explained how he wants to release Yeezy stores in every state, with the first one being in Georgia, Atlanta. Now, Young Thug wants in, on helping Kanye launch the store in Atlanta. Thug took to his Instagram stories to say that he owns over 100 acres of land. He added that he can give Kanye however much he needs, free of charge. A$AP Bari also texted Kanye, saying how they need to help free Thug. Kanye went on to say that he’d text his ex-wife, Kim Kardashian, about it.

As for Thug, he still remains in jail, after being handed a 56-count RICO indictment, in early May. 26 other members of his YSL crew were also indicted, including Gunna. Thug and Gunna have each since been denied bond requests, multiple times. Both of them will have to wait until they stand trial, all the way in January 2023.

Check out Young Thug offering Kanye West land to start his Yeezy store in Atlanta, below.

More in Hip Hop News
Kanye West is trying to help get Young Thug out of jail; A$AP Bari sent him a text and Kanye said he would work with Kim Kardashian to make it happen
Lil Baby meets with Stacey Abrams to discuss Georgia laws and regulations [VIDEO]