Home » Hip Hop News » Yung Bleu explains how nervous he was, while shooting “Love In The Way” video, with Nicki Minaj 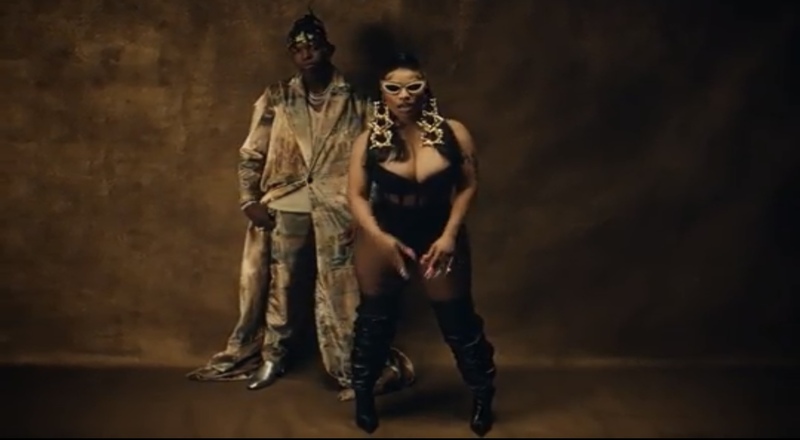 Now, Bleu is opening up on Twitter, about shooting the Love In The Way video, with Nicki. He revealed that at the time, he felt so nervous being around Nicki, for star-struck reasons.

“Y’all dnt how nervous I was when they put me in the scene with Nicki . If u notice In The video ain no how to move my arms cuz I was scared I was gone make a mistake and bump her or some so I just kept em by my side.”

Bleu also added that Nicki even wanted him to choose her outfit, for the video. He jokingly explained how he felt so much pressure in that situation and was “sweating bullets” with the stylist.

Bleu’s stardom really began to soar, in 2020. Then, he released his “You’re Mines Still” single with Drake. He initially signed to Boosie, in 2017.

Continue Reading
You may also like...
Related Topics:featured, Love In The Way, nicki minaj, yung bleu

More in Hip Hop News
Nia Long breaks silence on Ime Udoka’s cheating scandal, reportedly saying she is going to need all of the help she can get
Ray Allen goes off on popular YouTuber Lofe and his cameraman, for making fart noises around him as a prank, at Target [VIDEO]