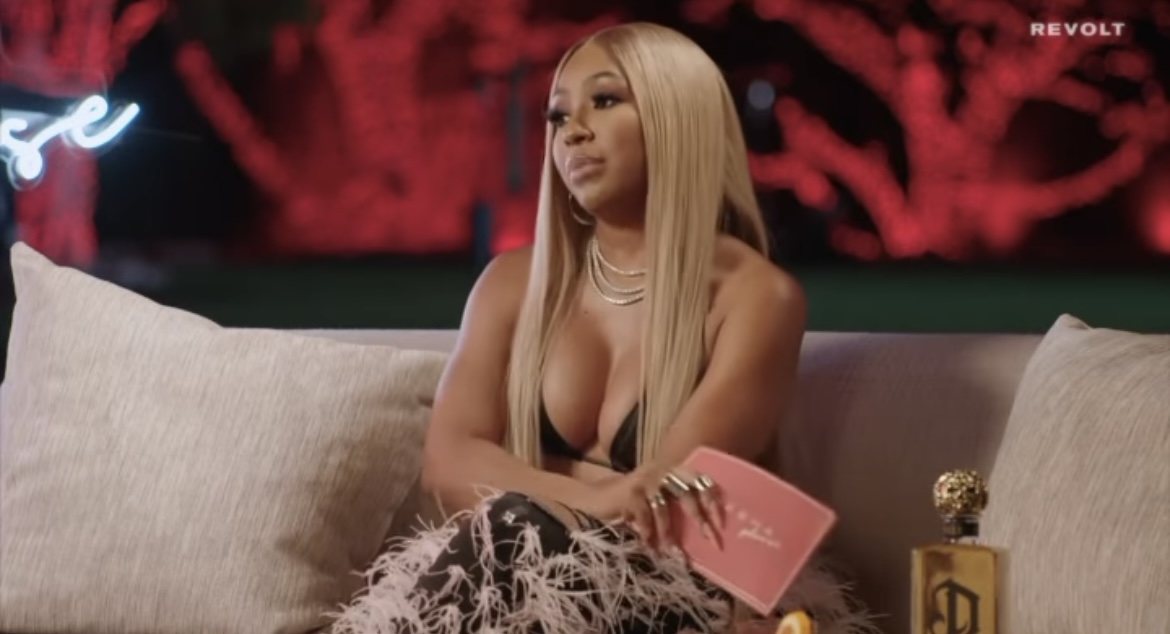 Over the past year, City Girls’ Yung Miami has been in Diddy dating rumors. Miami has appeared in various places with Diddy, including a beach vacation. Neither of the two have confirmed if they’re actually a couple, though.

While Miami and Diddy continue to enjoy each other’s company though, Miami is making moves with Diddy, as well. Today, Miami announced that her “Caresha Please” podcast, show, is coming to Diddy’s REVOLT TV channel. This will be launched on June 9, at 5PM EST.

As many know. Caresha is Miami’s first name. The Caresha Please phrase was also coined by Miami’s close friend, the energetic Saucy Santana.

Miami previewed the upcoming first episode of Caresha Please, as Diddy is actually a guest, on the show. Some of the questions asked, were Diddy’s relationship status, as well as the passing of his late ex-girlfriend, Kim Porter.

This all comes as Miami argued with Gina Huynh last month, after Huynh posted a photo of her kissing Diddy, on the cheek. That led to a brief back and forth on social media. At this point though, it appears that Diddy and Miami are still going strong, together.

More in Hip Hop News
Chaney Jones wishes Kanye West a happy birthday and says she loves him, after rumors of him breaking up with her, and going to movies with Only Fans model Monica Corgan
Cardi B shuts down report, that claims she’s releasing a new single next week, with a “top male artist in the hip-hop game”