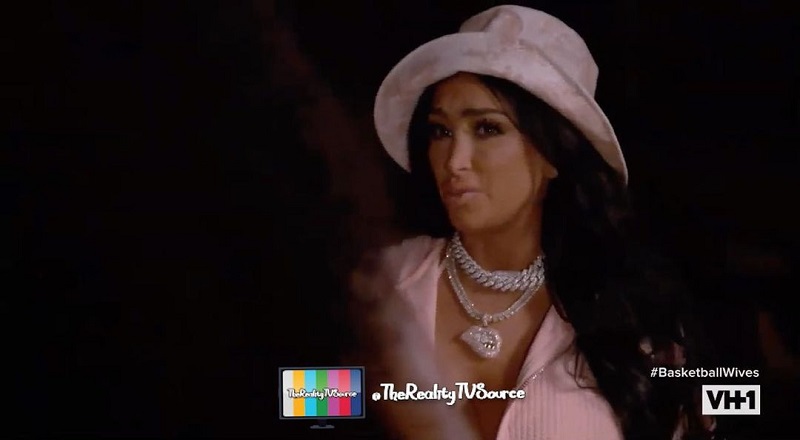 Angel Brinks tells Nia Dorsey to give her some respect

Angel Brinks is a veteran of the “Basketball Wives” cast. Through the years, Angel Brinks has been a relative fan favorite. While everybody may not love Angel, almost everyone admits she is a true sweetheart. As a result, most people don’t like it when Angel Brinks is being picked on by other members of the cast. On the last episode, Angel Brinks was mocked by Nia Dorsey at her own baby shower.

Angel Brinks has gone through enough with her pregnancy. During this journey, Angel Brinks has had to consider her oldest son. In addition, Angel and Roccstar have not had the easiest time welcoming their child into the world. Despite this, Angel Brinks still put together a baby shower, and invited all of the ladies to come. When Nia Dorsey made fun of Angel’s baby shower, she ended up on the wrong side of many of the ladies.

Angel Brinks came to Las Vegas in support of Duffey’s last DJ-ing gig. While there, Nia Dorsey tried to apologize to Angel. Not only was Angel Brinks not really having, Duffey got in the middle of it. Duffey wound up arguing with Nia Dorsey. In addition, Duffey advised Angel to not forgive Nia. However, Duffey left to link with French Montana. Meanwhile, Angel and Nia did go for a walk to clear the air. It was there when Angel told Nia she needs to show respect to her.

Angel Brinks tells Nia Dorsey to give her some respect