Home » Video » Barber kicks his client out of chair in the middle of cutting their hair, to give Quavo haircut [VIDEO] 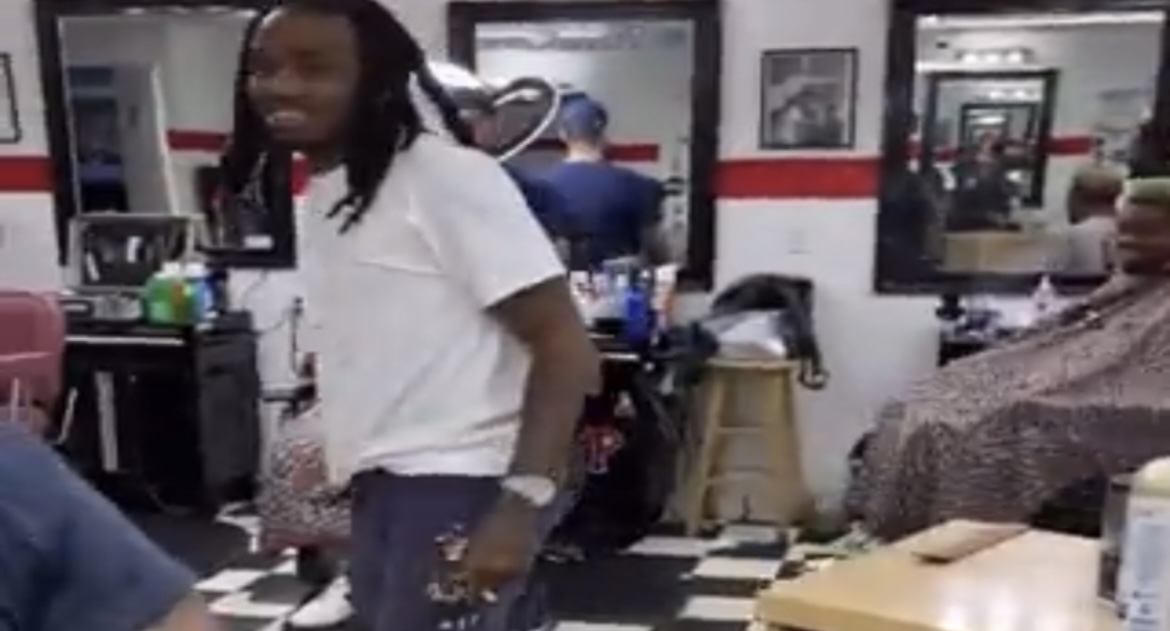 Quavo has been at the center of a lot of rumors lately. Rumor has it Migos are possibly breaking up. This started a few weeks ago, when Quavo and Takeoff released their “Hotel Lobby” single. Noticeably absent from the song Offset. Over the past five years, Offset has overtaken Quavo as the most popular Migos member.

Quavo and Offset released “Hotel Lobby” under their UNC & Phew name. Migos also backed out of their Governors Ball performance in New York City. The group later ended up claiming that Quavo was very busy working on filming a new movie.

Quavo is now going viral for a very interesting situation, this weekend. He was recently spotted in a barbershop, looking to get a haircut. One barber was tending to a customer, and soon saw Quavo. From that point, the barber told the customer to leave, so he can cut Quavo’s hair. The situation played out in hilarious fashion. Despite being in the middle of cutting the man’s hair, the barber made him get up for Quavo. As a result, a bit of a debate took place via Twitter.

He kicked his client out of the barber chair to give Quavo a haircut 😂 pic.twitter.com/M8ngNCScGG

Continue Reading
You may also like...
Related Topics:featured, migos, quavo

More in Hip Hop News
Drake’s “Honestly, Nevermind” is on its way to number one debut in US, and being Drake’s seventh straight number one studio album
Lil Baby ft. 42 Dugg and Veeze – “U Digg” [VIDEO]