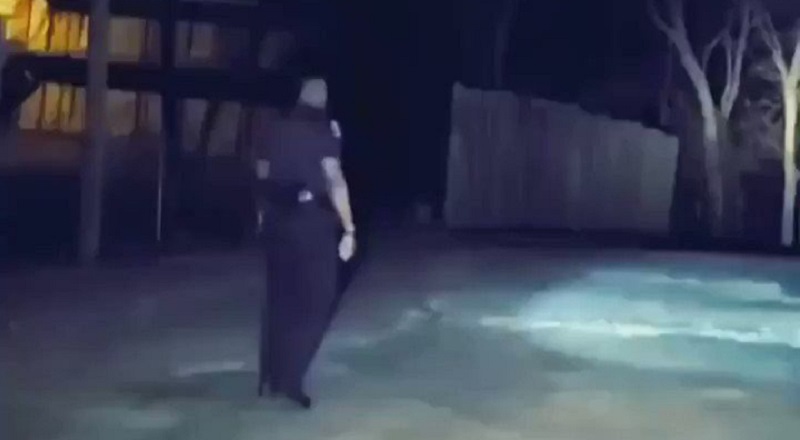 Being a police officer is a dangerous job. However, it is overlooked exactly what the average cop goes through. Much of this is due to the police violence that often dominates the news, where officers are seen breaking the law to hurt citizens. But there are plenty of other officers who simply do their job. One of those officers ended up getting into a truly unique, precarious, situation.

Police officers, of all kinds, run up on various dangerous situations. While it is a part of the job, few people actually want to be in fear, regardless of their occupation. One of the hardest parts of any job is having to walk through unfamiliar territory. For one police officer, his patrolling has made him into the latest social media star.

While the officer was walking a dark street in a neighborhood, he ran up on an unusual scream. The scream was very loud. It turns out, the screams came from a wild animal, a mountain lion. It is obvious that the officer saw the animal, or he recognized the sound. As a result, the man wastes no time getting back into the patrol car.

Cop gets scared by a mountain lion’s scream 😳 pic.twitter.com/B1znVLUCWc

More in Hip Hop News
Black man tries to shame a Black waitress for giving him a discount on his meal; Man accuses her of thinking all Black men are broke
White Walmart employee, in Moreno Valley, CA, confronts Black customer, accusing him of stealing, before cursing him out and calling him racial slurs [VIDEO]