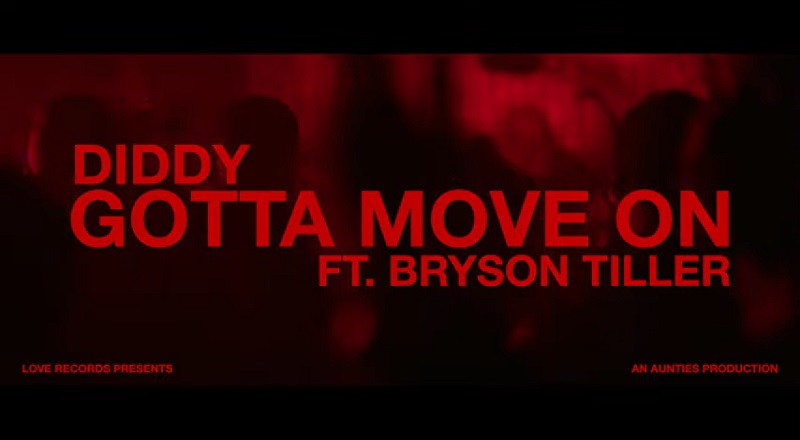 Diddy releases video for Gotta Move On with Bryson Tiller

Diddy was not the first hip hop mogul. However, Diddy was the first hip hop mogul to put words to it. In fact, Diddy is the one who made it cool to be a mogul. While numerous figures came before Diddy, almost everyone who followed him modeled themselves after him. This year, the BET Awards honored Diddy. Not only did BET honor Diddy for his accomplishments, they also honored him for all that he has given to the culture.

Diddy is the person who inspired Kanye West. While Kanye West has supplanted Diddy as the wealthiest hip hop figure, he often cites him as his inspiration. As a result, Diddy had Kanye West present him with his Lifetime Achievement award, at the BET Awards. Obviously, Kanye West is not the only person who was inspired by Diddy. There are an entire generation of young people breaking into the industry inspired by Mr. Combs.

Diddy’s first act was his production with Uptown Records. His most known career contribution was Act II, the Bad Boy Records era. Silently, Diddy parted ways with Bad Boy, as he became more focused on his Ciroc brand, and Revolt TV network. However, Diddy made a big splash when he returned to the music industry as “LOVE.” His return marked the announcement of LOVE Records. When Diddy dropped “Gotta Move On” with Bryson Tiller, the label officially launched. Now, he is back with the video.

Diddy releases video for Gotta Move On with Bryson Tiller