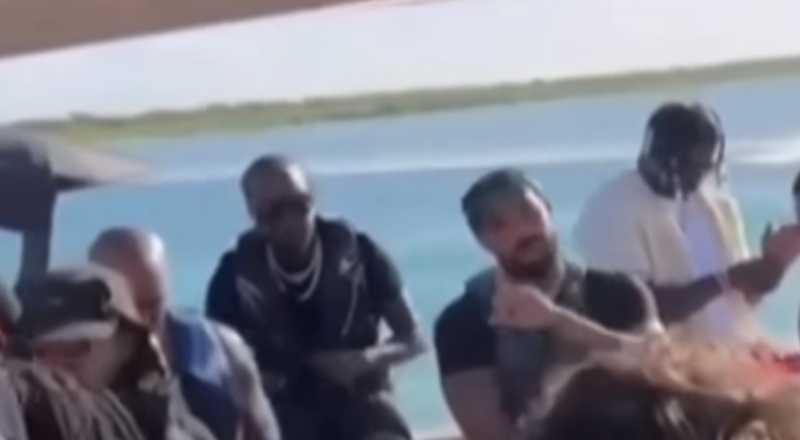 This week, Drake has been vacationing in the Turks and Caicos islands. He was also spotted jet skiing with fellow superstars such as Popcaan, Kevin Durant, and J. Cole. Drake also recently shot a music video, during this vacation.

Drake was shooting this video with Popcaan and Lil Yachty. This appears to be for a collaboration that the three have on the way. Drake, Popcaan, and Yachty were all seem on a crowded boat in this video, with a beautiful body of water in the background, along with someone jet skiing.

As of now, there is no official release date or title, for this collab. Drake has linked up with Popcaan on records in the past though, such as Popcaan’s “All I Need” and “Twist and Turn” singles, from the 2020 “FIXTAPE” project. In early 2020, Drake was also featured on Yachty’s “Oprah’s Bank Account” single with DaBaby.

Drake is also fresh off of releasing his surprise seventh studio album, “Honestly, Nevermind,” in June. He experimented with EDM/dance sounds on this project, as it went on to become his seventh straight number one solo studio album.

Check out Drake shooting a music video with Popcaan and Lil Yachty in Turks and Caicos, below.

More in Hip Hop News
The Notorious B.I.G.’s daughter, T’yanna Wallace, denies report that her friends said B.I.G. would be pissed off, that she used her $1.5 million Brooklyn home as bond, to help her boyfriend after he injured three people in hit-and-run, while fleeing police
Kountry Wayne and LisaRaye spark dating rumors after sharing video of themselves dancing [VIDEO]